Is it rude to ignore someone's texts? 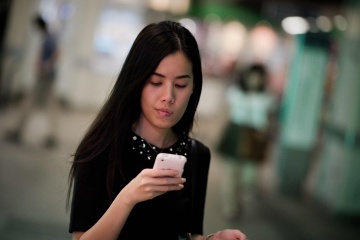 If you’ve been bombarded with texts from a single person and never responded, it may be up to the texter to get the hint.
NICOLAS ASFOURI/AFP/Getty Images

Yup! You've got it. Ignoring someone is rude. Next question.

OK, it may be a bit more complicated than that. For instance, what if the person you're ignoring is someone you've told 10 times not to contact you? In that case, it's not just justified to ignore them; it might be downright unwise to get back in contact with them at all. On the other hand, what if some car salesperson is texting you 14 times a week about that SUV you test drove, and you're just too lazy to tell him you're not interested in buying anymore? Are you obligated, by etiquette, to give him a response, or can you just pretend he doesn't exist until he goes away?

Digital etiquette is a new frontier — a new, boring frontier full of half-baked rules that nobody has agreed on. The Bro Council, which taps into that lucrative market of those who wish to cheerfully self-identify as bros, claims you should always text someone back "if you want to stay friends with the person" [source: Abel]. Woman's Day magazine — in my imagination, facing off in a United Nations-style general assembly against Bro Council — seems to think ignoring texts is par for the course and that the real key is for the texter to discontinue texting in the hopes of a response [source: Cepeda]. And to think that gender harmony and equality seemed so near.

So who to trust? Some bad news: Etiquette may have some "experts," but there's no actual authority. Of course, etiquette is also based on cultural constructions, meaning that even if Miss Manners were to detail every single texting faux pas or imperative, any rule could easily change with societal shifts.

This leaves us in the unfortunate position of having to decide for ourselves, on a case-by-case basis, whether ignoring a text is fair or foul. And so we kind of end up where we've started: Yup, ignoring texts is rude. But there are lots of reasons to do so that may leave one without fault. So let's set some ground rules to make it easier in the future. You shouldn't ignore a text from a friend or family member. Example: "Hi honey, it's your mom. I love you!" Sure, it's not strictly necessary, but just say "hi" back. Maybe if the text is begging for a response, we should generally assume that a reply is required. For example: "Are you coming over right now with the shovel and rubber gloves or going to swing by later?" Urgency might be another reason that silence might be rude. For instance, if someone texted to ask if you can please come down to the city jail and post bail, you can assume that person would like to know ASAP if you're going to do it.

The car salesperson? No obligation. Nobody wants to text with a stranger, after all.