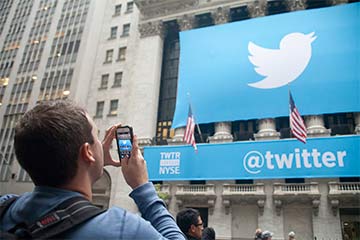 A Twitter banner (including the famous @ sign) is displayed in front of the New York Stock Exchange during Twitter's initial public offering in 2013.
© LAN/Corbis

When the first tweet was warbled back in 2006, no one had a clue how popular the new social media format would become. People were too busy poking fun at the name "Twitter" and the word for its news blasts -- "tweets." But Twitter pretty quickly became a popular way to chat with friends, strangers and even celebrities, plus stay on top of news and hot topics in popular culture.

Unfortunately, as with other social media, users began unintentionally offending others. Ever received a group email at work, drafted a reply to the sender criticizing another staff member copied in, and then accidentally hit "reply all" -- allowing the criticized staff member to read what you wrote? Similar mistakes are made on Twitter, too. Generally, these occurred when someone tweets a nasty message about, say, Kim Kardashian, referring to her as "@KimKardashian" instead of just "Kim Kardashian." When the @ symbol is used, the subject can see the offending tweet.

Of course, sometimes a sender intends to offend another. Such cyberbullying is increasingly common today. And getting out of hand. After actor Ashley Judd sent a rather innocuous tweet during a basketball game, saying her team's opponents were "playing dirty & can kiss my team's free throw making a--," innumerable Twitterites spat out hateful and sexually violent tweets at her [source: Alter].

Starting to rethink when and how you've used the @ sign in your tweets? Let's look at the origin of the symbol on Twitter, and how it should be properly and respectfully used. 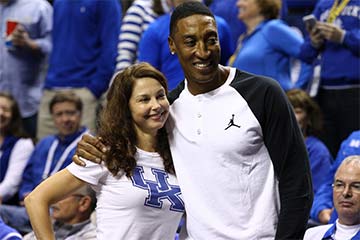 A fair number of people don't understand exactly how the @ sign works in a Twitter conversation. You can use it in the standard fashion; that is, as a substitute for the word "at." But its true value lies in its use as a way to respond to people, mention them or start a conversation. Let's say your acquaintance Josh (@JoshBuhr on Twitter) tweeted that he just ran 2 miles. To respond, you can now simply hover your cursor over his tweet and click on "reply," which is the single arrow on the bottom left of the tweet box. When you do that, a box will pop up with "reply to @JoshBuhr" already written in it. You type the rest. For example: "reply to @JoshBuhr you wimp! I just ran five." You could also simply tweet, "Hey, @JoshBuhr, you wimp! I just ran five." This is called a "mention." If you send either of these tweets:

But what if you don't want the entire Twittersphere (and universe) to be able to read that tweet to Josh? When you opened your account, you were asked whether you wanted to keep your tweets public (the default setting) or private. Most people select public. If you change this setting to private, no one will be able to view your account and its tweets unless you manually approve them[sources: Twitter, Twitter]. You can also elect to send Josh a private, direct message by clicking on your messages tab.

Because people don't always understand every nuance to Twitter, misuses of the @ sign can occur. For example, let's say you wanted to make a snarky tweet to your followers about your soccer coach, Bill Bong -- like whispering about him behind his back. So you tweet, "@BillBong is such an idiot coach! Hate him!" But because you put "@BillBong" in your tweet, it will go into his notifications and mentions tabs. And if Coach Bill is following you? It will also show up in his home timeline. Oops. And, as mentioned, it will be on your profile page.

You can delete a tweet you didn't mean to send, but if others have already retweeted it or quoted it with a comment of their own, the tweet will remain part of their message.

Of course, sometimes people purposely "@" someone on Twitter because they're angry or just plain mean. Or they simply don't care if the person they're slamming finds out. That's not cool. But unfortunately, that's life. Now that know how to properly use the @ symbol, make sure to use it wisely.

It's easy to sling mud over Twitter. After all, you're not facing the person you're slamming, or even hearing their voice over the phone. While "Twitter wars" occur regularly with many Twitter users, here are two made famous because they occurred between prominent people [sources: DelReal, Dobin].

@realDonaldTrump: I feel sorry for Rosie's new partner in love whose parents are devastated at the thought of their daughter being with @Rosie--a true loser.

@madeleine: @ConanOBrien I'm considering going as hunky Conan O'Brien - but that might be a little too far fetched

Author's Note: When is it rude to @ someone on Twitter?