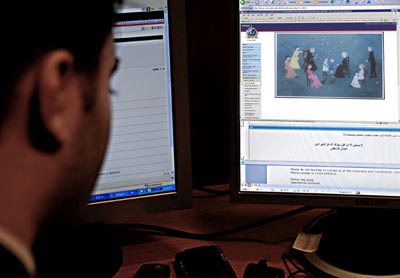 ­Interpol is an international police agency that helps other law-enforcement agencies track criminals who operate across national borders. Although Interpol's work is not always as exciting or glamorous as fictional accounts would have you believe, the organization's databases, communications protocols and international notices are vital tools in the fight against international crime.

The full name of Interpol is the International Criminal Police Organization, or the ICPO. It may also be abbreviated as OICP, for Organisation Internationale de Police Criminelle, the French version of the name. Usually, it is referred to as Interpol, a name first selected as the telegraph shorthand name for the agency.

Interpol is fully autonomous and independent of any single country. There are 186 member countries (see the full list here). Interpol remains politically neutral and does not participate in any action involving politics, race or religion. The agency is focused on several key areas of crime:

The theft and trafficking of stolen art is a particularly international crime because there are dealers and collectors all over the world. Interpol maintains a database of stolen artworks and publishes documents showing clear photos of them so art dealers and collectors will recognize stolen goods when they see them. In 2005, the system helped police in the Netherlands recover a very rare Grancino violin [Source: Interpol]. 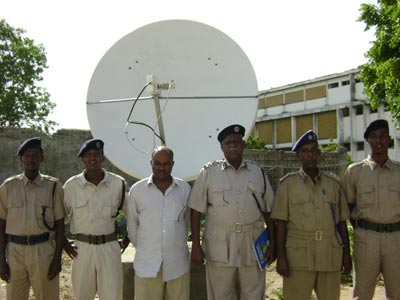 The National Central Bureau (NCB) in Mogadishu is connected to the I-24/7 network system by satellite. The system allows contact with other countries around the clock.
Photo courtesy of Interpol

I­nterpol differs from most law-enforcement agencies -- agents don't really make arrests themselves, and there's no Interpol jail where criminals are taken. The agency functions as an administrative liaison between the law-enforcement agencies of the member countries, providing communications and database assistance. This is vital when fighting international crime because language, cultural and bureaucratic differences can make it difficult for officers of different nations to work together. For example, if FBI officers track a terrorist to Italy, they may not know who to contact in the Polizia di Stato, if the Polizia Municipale has jurisdiction over some aspect of the case, or who in the Italian government needs to be notified of the FBI's involvement. The FBI can contact the Interpol National Central Bureau in Italy, which will act as a liaison between the United States and Italian law-enforcement agencies.

Interpol's databases help law enforcement see the big picture of international crime. While other agencies have their own extensive crime databases, the information rarely extends beyond one nation's borders. Interpol can track criminals and crime trends around the world. They maintain collections of fingerprints and mug shots, lists of wanted persons, DNA samples and travel documents. Their lost and stolen travel document database alone contains more than 12 million records [Source: Interpol]. They also analyze all this data and release information on crime trends to the member countries.

A secure worldwide communications network allows Interpol agents and member countries to contact each other at any time. Known as I-24/7, the network offers constant access to Interpol's databases. While the National Central Bureaus are the primary access sites to the network, some member countries have expanded it to key areas such as airports and border access points. Member countries can also access each other's criminal databases via the I-24/7 system [Source: Interpol].

In the event of an international disaster, terrorist attack or assassination, Interpol can send an incident response team. This team can offer a range of expertise and database access to assist with victim identification, suspect identification and the dissemination of information to other nations' law enforcement agencies [Source: Interpol]. And, at the request of local authorities, they can act as a central command and logistics operation to coordinate other law enforcement agencies involved in a case. Such teams were deployed 12 times in 2005.

Interpol isn't the only law-enforcement agency operating on an international level. Europol functions much like Interpol, but works within the European Union. In fact, membership in Europol is a prerequisite for entrance into the EU. The International Police are a peacekeeping force made up of volunteer civilians. They are sent to trouble spots around the world (often at the behest of the United Nations) to monitor situations and protect civilians when needed. They're usually only lightly armed, if at all. 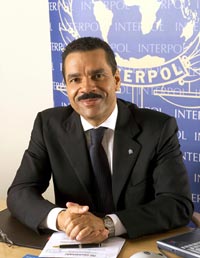 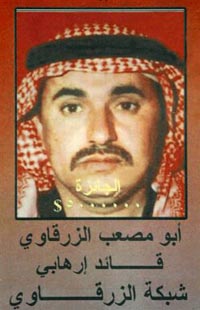 For more information on Interpol, police agencies and related topics, check out the links on the next page.

What Was So Lucky About Mafia Boss Charles 'Lucky' Luciano?
Loving v. Virginia: The Landmark Case That Legalized Interracial Marriage in the US
The Twisted Tale of a Racist Law Still on the Books