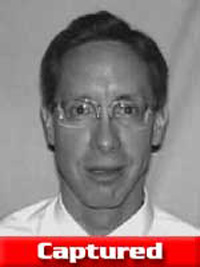 The FBI's Top Ten Most Wanted Fugitives list has been an unqualified success since its inception in the 1950s. The FBI has caught 94 percent of the fugitives featured on the list; and of that 94 percent, 30 percent were found after ordinary citizens saw the list and recognized one of the fugitives as someone they knew. This is the point of the list: Get the public's help in catching fugitives who pose a risk to society.

Each FBI field office can submit one or more candidates to fill the vacancy in the Top Ten. The criteria they consider in choosing candidates is fairly simple:

­The criteria are subjective -- everyone from car thieves to war protesters to terrorists have made the list over the years. You don't have to be a murderer to get on it; you only have to be a threat to society -- as determined by the current values of society and the FBI -- and unknown outside your own neighborhood. Current members of the Top Ten list are murderers, pedophiles, rapists, mobsters and, of course, Usama bin Laden. There's actually a whole separate Top Ten list for terrorists. Bin Laden's presence on the Most Wanted Fugitives list seems to be mostly symbolic, seeing as he is quite well known outside his own neighborhood.

When a field office decides to submit a candidate from its jurisdiction for inclusion in the Top Ten list, it sends the candidate's name, picture, criminal resume and any other pertinent information to the FBI's Criminal Investigation Division (CID) in Washington, D.C. Agents with the CID, in conjunction with people at the FBI's Office of Public Affairs, review the nominees and choose the one they like best. They submit their candidate to the CID's director for approval. If the director agrees that the candidate meets the selection criteria, the candidate lands on the desk of the deputy director of the FBI. If the deputy director approves the candidate, America's Top Ten Most Wanted Fugitives gets a new member.

The process of choosing a replacement for someone who's taken off the list typically takes at least a few weeks. Once someone makes the list, it's pretty hard to get off it. The only way someone leaves the list is if he or she is caught, the charges are dropped or the person no longer meets the two main criteria for inclusion.

For more information on the FBI's Top Ten Most Wanted Fugitives and related topics, check out the links on the following page.

When One American's 'News' Is Another's 'Propaganda'
Why We Use the Suffix '-Gate' for Scandals (And Can We Please Stop?)
From Prison to Peace Park, a Plan for Guantanamo