Is Cannibalism a Myth? 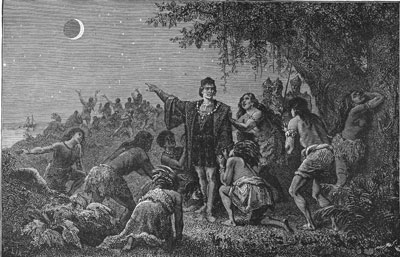 In 1979, anthropologist William Arens generated long-lasting controversy with the publication of his book, "The Man-Eating Myth." Arens took the opposite approach to cannibalism that ethnographers (anthropologists who document human cultures) had up to that point. Essentially, he said: prove it. Until his book was published (and even long afterward), anthropologists took it on faith that a culture that purported to practice cannibalism did. But Arens raised a valid question -- how do we know?

The anthropologist made no disputes over instances of documented survival or pathological (that undertaken as a course of insanity, like Armin Miewes) cannibalism. It was learned cannibalism that Arens took issue with. Most documentation of ritualized cannibalism was secondhand; there were almost no credible Western witnesses in the cannibalism literature who had actually seen a group eat the flesh of another human in a socialized setting. Reports of practiced anthropophagy came from frontier patrols, missionaries, explorers, soldiers and other Westerners who may have been misled about these practices and mistaken the rituals they'd seen. There's even a possibility that they fabricated stories about cannibals.

Arens' viewpoint demanded anthropology take a second look at the centuries-worth of anecdotal evidence it compiled. Some evidence didn't stand up. Take Christopher Columbus. It was he who coined the term cannibal, based on the name of a tribe in Hispaniola, where he first made land in the 15th century [source: New Scientist]. Columbus and his crew made contact with the Arawak people, a peaceful tribe. The Arawaks warned Columbus that their enemy neighbors, the Caribs, ate the flesh of others; it would be best to steer clear of them.

It appears this idea was unfounded. Chiefly, not only is there no evidence the Caribs practiced cannibalism, the Caribs may never have existed. Arawak is a language family, not a cultural group, and the archaeological evidence found in the Caribbean (named after the fictitious tribe) suggests there was only one cultural group in the islands. Based on investigation of the customs of the Arawak-speaking people in Anguilla, what Columbus took for evidence of cannibalism was presumably the funereal practice of keeping the bones of dead relatives around the house [source: Anguilla Guide]. Columbus may have simply seen bones near cooking hearths and assumed the worst.

Those who don't share Arens' view argue that the chances of uncovering an ancient site where an isolated incident of survival cannibalism took place is highly unlikely [source: The New York Times]. Thinking otherwise is somewhat akin to discovering a new breed of prehistoric bird and deciding it was the only one of its kind. It's much more probable that what archaeologists are seeing in ancient sites of cannibalism supports the idea that cannibalism was widespread among early humans.

But even stories of the Donner Party's survival cannibalism can't be verified. Archaeologists excavating Donner sites haven't found any evidence that members participated in cannibalism. An intensive 2006 excavation at the Alder Creek camp site, where the cannibalism reportedly took place, turned up animal bones with clear indicators they'd been butchered and every last bit of the nutrients within consumed by the Donners [source: University of Oregon]. No human bones turned up at the site bear any telltale signs of having served as a food source. (More on those signs on the next page.)

This doesn't necessarily mean that survival cannibalism didn't take place within the Donner Party. It's possible that the members who consumed flesh did so less enthusiastically than they did the flesh of animals and didn't butcher or cook their fellow settlers so ravenously as to leave behind signs. But the Donner Party case is revealing: It displays the importance of hard evidence. Without real evidence that cannibalism has taken place, only assumption remains.