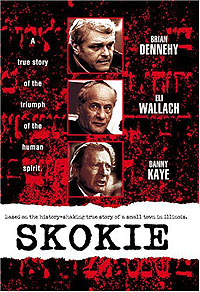 Many of the ACLU's cases were controversial at the time, but some of them exposed great divides in the views of the American public, and even schisms within the ACLU itself. This was never more true than in the 1930s and 40s, when the ACLU simultaneously defended the rights of blacks on behalf of the NAACP and the right of the Klu Klux Klan to hold rallies and give speeches calling for the abolition of those rights. The ACLU's decision to defend anyone's rights, even the rights of people whose ideas they may abhor, was famously satirized by The Onion in this article, titled "ACLU Defends Nazis' Right to Burn Down ACLU Headquarters."

This issue also became apparent when the ACLU found itself defending Henry Ford for making anti-union statements in 1937. The National Labor Relations Board (NLRB) declared that anti-union remarks directed towards employees could be restricted because the employees could perceive them as direct threats against joining a union. The ACLU, usually a staunch supporter of the labor movement, felt that Ford's right to free speech must be maintained, although some members of the organization disagreed.

One of the ACLU's most infamous cases was the Skokie Free-speech Controversy. In 1977, the National Socialist Party of America, a small group of neo-Nazis based in Chicago, requested permission from the suburb of Skokie, IL to hold a demonstration. Since World War II, Skokie had become a center of Chicago's Jewish community and included a large number of Holocaust survivors. Officials initially responded by pointing out a law that required a $350,000 insurance bond before they could grant permission to demonstrate. Neo-Nazi leader Frank Collin turned the refusal into a free speech issue, claiming that the community was repressing the group's right to assemble and express their views. He asked the ACLU for help.

The Skokie Free-speech Controversy was the subject of several books and films.

The ACLU agreed with Collin. After a series of appeals, the Illinois Appellate Court declared that the demonstration, speech and even the display of the swastika were forms of political speech protected by the First Amendment. The court overturned the insurance statute because the prohibitive cost of such an insurance policy (about $1,000) meant that anyone without the funds would be unable to demonstrate.

In the end, Nazis never demonstrated in Skokie, even though they received a permit to do so. Eventually, a few dozen Nazis demonstrated in downtown Chicago, escorted by police and surrounded by thousands of angry protestors.

The case was a landmark affirmation that the government cannot control speech based on the content of the speech itself, no matter how objectionable. Despite many arguments against it, the ACLU had stayed true to its principle of defending the civil liberties of even the most abhorrent and hated groups. The ACLU's point is that it is not up to the government to draw the line between what we are allowed to see and hear and what is forbidden; each individual gets to make that decision on his or her own. Taking a stand on this issue cost the ACLU dearly in terms of financial and volunteer support, but the resulting organizational shake-up may have led to better long-term health for the organization.

Next we'll look at how the ACLU is organized.