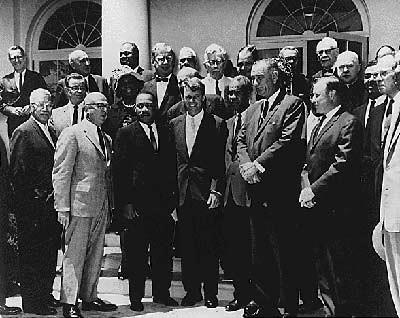 Go to the Lincoln memorial in Washington, D.C., and there, on the landing at the foot of the monument, you'll see the words of a true humanitarian. These are not the words of Abraham Lincoln, but rather those of Dr. Martin Luther King, Jr.

Chiseled into a section of granite measuring just over 2 feet wide is an inscription that reads:

I Have A Dream


The March On Washington


For Jobs And Freedom


This message marks the very spot where Dr. King gave his most recognized speech -- one that addressed more than a quarter of a million people, of many races, who marched on Washington in favor of civil rights. Unveiled on August 22, 2003 -- the 40th anniversary of the Washington march -- this inscription commemorates a man, his work, and a living legacy. Assassinated in 1968, Martin Luther King, Jr. is one of the most prominent figures in the American civil rights movement.

Like ripples through a pond in the aftermath of one cast stone, King's work as a humanitarian and within the civil rights movement continues to resonate today. In honor of his life's work, we'll use these echoes as a starting point to learn about Dr. Martin Luther King, Jr.