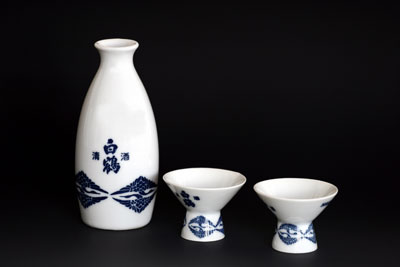 Entry into a Yakuza clan begins with a ceremony that involves drinking sake.
Photo courtesy Dreamstime

A Yakuza family has a structure superficially similar to a Mafia family. A single patriarch (kumicho) rules the clan. He has various lieutenants, under-bosses and minor gang leaders beneath him in a roughly pyramidal structure [source: Crime Library]. Regional leaders, assistants, advisers and an assortment of thugs further complicate the Yakuza clan structure. Some clans have a different structure -- they act as broad alliances that bring many smaller gangs under one umbrella [source: Kaplan].

The key to the hierarchy is the oyabun-kobun relationship, a set of father-son roles that binds all Yakuza clans together. In return for absolute loyalty and unquestioning obedience from his kobun, the oyabun provides advice and guidance along with protection and prestige [source: Kaplan]. The focus on honor and tradition in Japanese society further cements these relationships. It also doesn't hurt that the punishments for failing the oyabun range from the humiliating (expulsion from the clan) to the gruesome (cutting off part of a finger). Each member of the clan may play both the oyabun and the kobun roles, acting as a subordinate to the Yakuza immediately above him and as a boss to the gangsters below him.

Entry into both an oyabun-kobun relationship and a Yakuza clan is marked by a special ceremony. A third person pours glasses of sake for the new member and his oyabun boss. The boss and new member drink some of the sake from their own glasses. Then, they exchange glasses and drink some of each other's sake. The boss drinks his fill while the initiate merely sips [source: Crime Library].

Although many Yakuza clans have nationalistic ideologies, Koreans have a strong presence within the Yakuza. Koreans are sometimes looked down upon in Japanese society, which feeds into the Yakuza's outsider status. The profitability of smuggling goods between Japan and Korea also contributes to this Korean influence.

Women are marginalized by the Yakuza. Even the daughters and wives of clan members tend to be little more than servants at best, and they're sometimes used as gang prostitutes. Women rarely hold positions of power (with one notable exception, which we'll discuss later) [source: The Guardian].

The traditional punishment for failure within a Yakuza clan is the amputation of a part of the little finger. This act of contrition is known as yubizume. When the gangster has displeased his boss, he is merely given a knife and a bandage. He must then chop off the top joint of his fourth finger and present it to the boss. This is a symbolic weakening of the Yakuza's ability to grip a sword, thereby making him more dependent on his clan for support and protection. Further infractions can result in the loss of an additional section of finger, moving on to the other fingers if necessary.