The Yakuza is the name given to organized criminal gangs from Japan. The Yakuza is not a single organization but rather a collection of separate gangs or clans akin to the American Mafia. These violent criminals have left their fingerprints on many aspects of Japanese life, from lowly gambling and prostitution rackets to the halls of high-level political and financial power.

The various gangs that make up the Yakuza have different origins, and the gangs' versions of these origins can be quite different from the historical record. In their own vision of themselves, Yakuza descend from honorable, Robin-Hood-like characters who defended their villages from roving bandits. Some even claim to trace the Yakuza's lineage to Ronin, samurai warriors who found themselves without masters following a period of political upheaval in 17th-century Japan [source: Crime Library]. You can read more about Ronin and samurai in How Samurai Work.

Others claim that Yakuza instead originated with the kabuki-mono, "the crazy ones." These were wildly-dressed hoodlums who carried very long swords, intimidated entire villages and sometimes executed civilians for no particular reason [source: Kaplan]. The truth is likely a blend of the two stories. Left without a military hierarchy to give their lives focus, many samurai turned to crime. Others moved into merchant trades or shadier businesses such as gambling houses and brothels [source: Seymour]. These criminals, master-less warriors and newcomers to the Japanese market system had one thing in common: they were all outsiders.

The name "Yakuza" reflects this outsider status. It comes from a Japanese card game called Oicho-Kabu. This game is similar to baccarat in that the point value of a hand is based on the final digit of the hand's score. A hand of eight, nine and three equals 20, which is worth zero points - the worst possible hand in the game. The Japanese words for eight, nine and three (ya, ku and za) became the word "Yakuza," meaning worthless or pointless. Check out this page on oicho-kabu to learn more about the game.­ ­­

The word "Yakuza" originally referred to a person who was a gang member, but today it also refers to Japanese organized crime as a whole. Boryokudan, another word for Yakuza, is considered an insult. It refers to degenerate, violent gangsters with no sense of tradition or honor. This i­s how the Japanese police refer to the Yakuza.­

The Yakuza's most direct ancestors are groups of quasi-legal businessmen from the 18th century who gambled or peddled goods on the streets of large cities. Known as bakuto and tekiya, respectively, these gamblers and peddlers still lend their names to some Yakuza clans today [source: Kaplan]. These groups gradually organized themselves into gangs known as families or clans, which had formal hierarchies and rules.

In the late 19th century, the Yakuza became associated with nationalist, militaristic ideologies and politics. Gangs cultivated alliances with politicians, and politicians used them to assassinate opponents, strong-arm trade groups or even fight in nearby nations like China [source: Kaplan]. The disorder of post-World-War-II Japan may also have given the Yakuza an even stronger foothold in Japanese economics and politics.

A Yakuza family has a structure superficially similar to a Mafia family. A single patriarch (kumicho) rules the clan. He has various lieutenants, under-bosses and minor gang leaders beneath him in a roughly pyramidal structure [source: Crime Library]. Regional leaders, assistants, advisers and an assortment of thugs further complicate the Yakuza clan structure. Some clans have a different structure -- they act as broad alliances that bring many smaller gangs under one umbrella [source: Kaplan].

The key to the hierarchy is the oyabun-kobun relationship, a set of father-son roles that binds all Yakuza clans together. In return for absolute loyalty and unquestioning obedience from his kobun, the oyabun provides advice and guidance along with protection and prestige [source: Kaplan]. The focus on honor and tradition in Japanese society further cements these relationships. It also doesn't hurt that the punishments for failing the oyabun range from the humiliating (expulsion from the clan) to the gruesome (cutting off part of a finger). Each member of the clan may play both the oyabun and the kobun roles, acting as a subordinate to the Yakuza immediately above him and as a boss to the gangsters below him.

Entry into both an oyabun-kobun relationship and a Yakuza clan is marked by a special ceremony. A third person pours glasses of sake for the new member and his oyabun boss. The boss and new member drink some of the sake from their own glasses. Then, they exchange glasses and drink some of each other's sake. The boss drinks his fill while the initiate merely sips [source: Crime Library].

Although many Yakuza clans have nationalistic ideologies, Koreans have a strong presence within the Yakuza. Koreans are sometimes looked down upon in Japanese society, which feeds into the Yakuza's outsider status. The profitability of smuggling goods between Japan and Korea also contributes to this Korean influence.

Women are marginalized by the Yakuza. Even the daughters and wives of clan members tend to be little more than servants at best, and they're sometimes used as gang prostitutes. Women rarely hold positions of power (with one notable exception, which we'll discuss later) [source: The Guardian].

The traditional punishment for failure within a Yakuza clan is the amputation of a part of the little finger. This act of contrition is known as yubizume. When the gangster has displeased his boss, he is merely given a knife and a bandage. He must then chop off the top joint of his fourth finger and present it to the boss. This is a symbolic weakening of the Yakuza's ability to grip a sword, thereby making him more dependent on his clan for support and protection. Further infractions can result in the loss of an additional section of finger, moving on to the other fingers if necessary.

Yakuza are criminal gangs. They participate in many of the same money-making activities as all criminal gangs. Illegal gambling and prostitution are Yakuza hallmarks, while the smuggling of banned goods such as drugs, firearms and pornography is also profitable. The age-old protection racket, in which Yakuza threaten business owners and other citizens with violence unless they pay a tribute, is a common Yakuza tactic as well.

Japanese gangsters also operate legal businesses using the profits from the illegal ones. Real estate, construction and entertainment are all industries in which Yakuza have become involved [sources: Japan Times and Asahi]. Japan's professional wrestling leagues and venues are particularly known for Yakuza involvement.

Higher-level Yakuza often play the Japanese stock market, sometimes legally. They may also find or invent incriminating information about a company and use this information to blackmail its board of directors. After buying shares of the company's stock, a clan sends some of its members to board meetings, where they threaten company officials with the release of the evidence. Yakuza can exert a great deal of control over businesses this way or simply demand payoffs [source: Crime Library].

Many Yakuza extortion and blackmail schemes are carefully designed to maintain the Japanese tradition of politeness. Yakuza may ask corporations to attend golf tournaments, give to fake charities or purchase certain items, all at ridiculously inflated prices. The corporations' leaders know that there is an implied threat with such requests, so they often go along even though the Yakuza never make a direct threat or demand [source: Crime Library].

Yakuza on the Big and Little Screens

Yakuza are a popular film subject -- in Japan, these films are even more popular than gangster movies are in the United States. In most Yakuza movies, the Yakuza are honorable (if violent) warriors who cling to tradition and fight to preserve what they believe in. These mythologized Yakuza are direct descendants of the cinematic samurai warriors of Japan's past [Jingai].

In 2006, Sega released a video game called Yakuza. The game allows the player to take on the role of a young Yakuza gangster, participating in street fights and shootouts.

A handful of Yakuza bosses have used their criminal empires to gain political power. In fact, a few Yakuza have played major roles in the history of Japan. Yoshio Kodama made a fortune during World War II by selling war materials. He bought these materials from China -- China sold them under duress.

­Initially imprisoned as a war criminal, Kodama made several key underworld connections before his release by American occupying forces. Using his own espionage network, a small army of loyal Yakuza followers and several shady deals with the CIA, Kodama consolidated his political power. A fierce right-wing nationalist, Kodama used his money and influence to shape Japanese politics and business in ways that will probably never fully see the light of day. He was eventually accused of various financial crimes but died of illness before he could stand trial [Sources: Kaplan and Crime Library]. Ryoichi Sasakawa was a contemporary of Kodama's and had a similar career.

Kazuo Taoka was another influential Yakuza boss. He was the leader of the largest clan, the Yamaguchi-gumi. He wielded his power from the end of World War II to the early 1980s, when he died of a heart attack. His wife, Fumiko Taoka, stepped into the power vacuum and held the clan together for a period of several months. Not only was Fumiko Taoka one of the only women to ever act as oyabun, she did so for the largest, most powerful Yakuza gang in Japan [source: Kaplan].

In modern Japan, there is not as much tolerance for the blatant demonstrations of power that the Yakuza once displayed. In 1992, the Japanese government passed a law much like the U.S.'s RICO law. This law added penalties for crimes conducted to further gang goals and allowed gang leaders to be held responsible for the crimes of their members. However, the law did not significantly reduce gang membership in the long term -- analysts estimate that Yakuza membership across all of Japan tops 80,000, and the Yamaguchi-gumi clan, now six generations old, has roughly 20,000 members across many affiliated gangs [Sources: Asahi and Japan Times].

The law also led to the restructuring of some clans, which may have caused more harm than good. Police pressure led some gangs to move to new areas, provoking bloody gang wars. Critics also contend that the law makes it harder for police to get reliable information from Yakuza informants

Massive amounts o­f money also continue to move in and out of Yakuza coffers every year, with some estimates exceeding more than a trillion and a half yen (more than $13 billion U.S.) for 2004 alone [source: Japan Times]. That much money will always yield influence, so there is little doubt that the Yakuza are still a powerful force in Japanese business and politics.

To learn more about organized crime, the Yakuza and related information, check out the links on the next page.

The most visible aspect of Yakuza membership is the large tattoos worn by dedicated clan members. Often, these tattoos cover the entire torso. They typically depict clan symbols, nationalist images or scenes of traditional Japanese glory, such as samurai warriors. Yakuza wear these tattoos as symbols of the Yakuza's outsider status and his lifelong pledge to the clan. 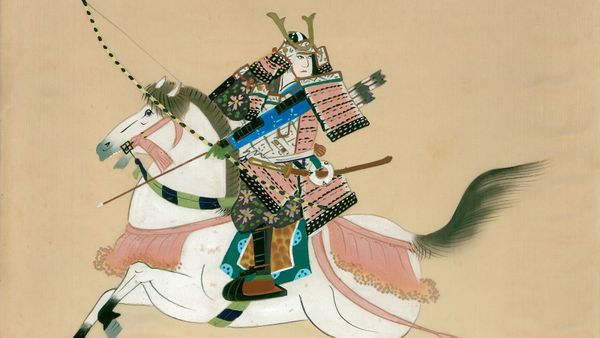 Up Next
How Samurai Work
Explore More 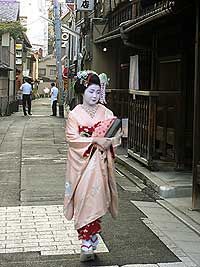