The question seems almost disarming in its simplicity: How many gay people are in America?

Or, taking a more wide-angle, modern look at it: How many Americans identify as LGBTQ?

The question is simple enough. The answer most certainly is not. Just approaching an answer is a chore. People have been working at it for decades. And nobody — not even those most deeply involved with the LGBTQ community — has a definitive answer. Not yet.

"There are some really standard baseline numbers ...," says Meghan Maury, the policy director for the National LGBTQ Task Force, the country's oldest LGBTQ advocacy group. "But it's hard to know what's accurate, right? Young folks are much much, much, much, much more likely to self-identify as LGBTQ, really significantly more likely. Older people are less likely ... It's hard for us to actually know what numbers are right."

Everyone involved in trying to answer the question has an educated guess. But an accurate estimation, backed by solid science and carefully curated data? Nobody's quite there. Not yet.

"It's between 4 and 6 percent. That's the number most commonly seen," says David Stacy, the government affairs director for the Human Rights Campaign, the country's largest lesbian, gay, bisexual, transgender and queer civil rights organization. "But the thing about it is, the number is higher with millennials. I think we're still dealing with social stigma here. These are the best estimates right now ... But it's possible over time that's going to change."

The latest Gallup poll, from 2016, puts the number of Americans who answered this question affirmatively — "Do you, personally, identify as lesbian, gay, bisexual or transgender?" — at 4.1 percent, or about 10 million Americans. But if that's not a figure that anyone is willing to settle on, it's because it jumped by more than a half-percent in just four years.

From 2012 to 2016, the number of Americans who answered YES to that question rocketed from 3.5 to 4.1 percent. That accounts for about 1.75 million more LGBTQ people. In just four years.

In fact, the percentage of people who say they are LGBTQ has been steadily increasing for years, Gallup reports, lately driven by millennials. (Gallup defines that generation as those born between 1980 and 1998.) From 2012 to 2016, the number of millennials who identified as LGBTQ jumped from 5.8 to 7.3 percent. Millennials account for 58 percent of all adults who call themselves LGBTQ, yet they comprise only 32 percent of the population.

The widely held hunch: There are a lot more people out there that are LGBTQ than we know.

Sexual Orientation on the CBAMS

The simple question of "How many?" raises two very important sub-questions, with answers that are seemingly much more straightforward (if, perhaps, not quite in the "simple" category).

To take the second question first, the Task Force, the HRC and many other organizations have been pushing for years to include questions of sexual orientation and gender identity on the U.S. Census (taken every 10 years) and the Census Bureau's American Community Survey (ACS). The ACS, according to the Census Bureau, is "the premier source for detailed population and housing information about our nation." The ACS is ongoing. Some 295,000 surveys a month are mailed to addresses across the U.S.

The ACS provides a veritable treasure trove of population data for federal and state agencies, businesses, special interest groups, journalists and those who want to know more about the communities in which they live.

There's not a question about sexual orientation or gender identity on it.

"I believe, given the information that I have ... that the federal agencies recognize a real need for having sexual orientation and gender identity questions on the ACS," Maury says. "And I think that the Census Bureau was ready to move forward with that until this new administration came into office."

Maury is of course referring to the Trump administration. In March 2017, in the first months of the President Trump's days in office, the Bureau announced that "sexual orientation and gender identity" would not be a topic on the ACS or the upcoming 2020 Census. (Embarrassingly, it was listed as a proposed topic in an official Bureau document. It was struck just hours later, giving the impression that the Trump administration erased it from something the Obama administration had authored.)

"The federal government has until recently been hostile to LGBTQ people, by and large, and certainly unwilling to even try to attempt to collect this information," HRC's Stacy says. "That obviously began to change with the Obama administration. But we're seeing some retrenchment in the Trump administration around these questions."

At least one question on sexual orientation (but not gender identity) is expected to make it onto another Census Bureau questionnaire, the 2020 Census Barriers, Attitudes and Motivators Survey (CBAMS), according to reporting by NPR. The CBAMS is not as wide-ranging as the ACS. But it's a good first step and it's critical, Maury and others say, in determining why some members of the LGBTQ community may or may not participate in the 2020 Census or the ACS. Even more, it's critical in gaining an understanding of the types of questions that should be included on future surveys and the need to answer (and understand those answers) accurately.

"When you ask somebody a question like, 'What is your sexual orientation?' or however you'd phrase it," Stacy says, "you have to make sure when you ask it that people understand what you're asking and that you're understanding what they mean [with their response]."

Why the Numbers Matter

With more understanding of sexual orientation and gender identity topics, with more precise questions and answers and, finally, with more willingness on both the part of the federal government and the LGBTQ community to participate in surveys, the answer to that biggest of big questions — "How many LGBTQ people are in America?" — can be had.

But why do we need to know in the first place? What's the big deal about having all that information?

"The census controls billions of dollars in federal funding ... If you don't have an accurate count, then the resources aren't getting to the people that need it the most," Maury says. "The census also controls redistricting, who's representing us in Congress, and at the state and local levels it impacts what our school districts look like. LGBTQ folks are increasingly seeing their rights put on the ballot. So what redistricting looks like and who's representing us has a huge impact on our day-to-day lives."

We know this much: The LGBTQ population is a growing force in American society. How big a force it is, we don't quite know. Not yet anyway.

Now That's Interesting
The increasing number of LGBTQ people in the Gallup polls may be the result of a couple of factors. One, millennials seem more comfortable than older people in sharing what might be considered "private" information on a survey. But a more accepting social climate may play an even larger part in many people willing to identify as LGBTQ. In 1986, Gallup reports, just 32 percent of Americans polled supported legalization of same-sex relationships. Three decades later, in May of 2016, that number had risen to 68 percent.

How Does Petrified Wood Form? 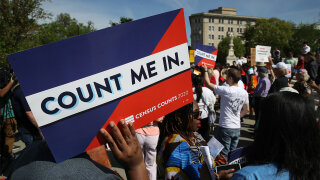 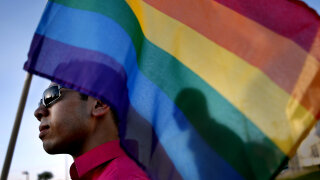 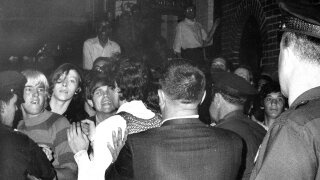 How the Stonewall Riots Worked