Pride Month in the U.S. Celebrates LGBTQ+ Progress and Equality

Growing up in San Francisco means I've always had the privilege of being immersed in all things pride. Rainbow flags wave year-round in and beyond the city's Castro district, and I've never known a June that wasn't wholly dedicated to prepping for the city's massive Pride Parade, celebrating the LGBTQ+ community.

But it's safe to say this tiny 49-square-mile (127-square-kilometer) bubble I live in is a unique space for acceptance and equality; the right to express gay pride isn't guaranteed in most parts of the world, but the movement has come a long way since its inception more than 50 years ago.

It started on June 28, 1969 at exactly 1:20 a.m. That's when New York City police stormed Manhattan's Stonewall Inn because it was operating without a liquor license — a document the NY State Liquor Authority refused to bestow upon establishments that served the gay community. Officers began arresting patrons and hit one handcuffed woman over the head. This set off a full riot as the crowd grew, and 10 police officers barricaded themselves inside the Inn. The crowd set the barricade ablaze, and while the officers were rescued, the riot ensued for six more days. Thousands of people took part in demonstrations outside the bar to show support to the iconic LGBTQ+ institution that served and offered solace to a persecuted community.

The Stonewall Inn, on Christopher Street in Manhattan's Greenwich Village, the day after President Barack Obama announced the Stonewall National Monument in 2016, and less than two weeks after the Pulse nightclub shooting in Orlando.
Wikimedia Commons (CC By-SA 4.0)

The Stonewall Riots, as they're now known, kicked off a revolution within the community — members were no longer willing to sit by silently as they were treated like second class citizens. A few months after the events at Stonewall, activist Craig Rodell and his partner Fred Sargeant, along with Ellen Brody and Linda Rhodes proposed a resolution at Philadelphia's Eastern Regional Conference of Homophile Organizations (ERCHO) to hold a commemorative anniversary march the following year, on the last Saturday of June.

Known then as the Christopher Street Liberation Day March, the first pride parade was a group effort, largely led by activist Brenda Howard. The outspoken New Yorker helped spread the word and also suggested turning the one-day event into a week-long celebration. But the use of "pride" as the event's slogan came courtesy of planning committee member L. Craig Schoonmaker. As he said in a 2015 interview in The Allusionist, "A lot of people were very repressed, they were conflicted internally, and didn't know how to come out and be proud. That's how the movement was most useful, because they thought, 'Maybe I should be proud.'" The official chant for the march became, "Say it loud, gay is proud."

The first pride event hardly resembled the colorful, joyous celebrations that take place today. In a 2010 piece for the Village Voice, Sargaent wrote that there were "no floats, no music, no boys in briefs." Instead, they held signs and banners, and chanted: 'Say it clear, say it loud. Gay is good, gay is proud.' This was long before anyone had heard of a 'Gay Pride March.' Back then, it took a new sense of audacity and courage to take that giant step into the streets of Midtown Manhattan."

The festive pride parade as we know it today more closely resembles events that took place outside of New York. The day before the Christopher Street Liberation Day March, Chicago commemorated the anniversary of the Stonewall Riots with a celebration of speeches, dancing and workshops that lasted a week. And on the same day as New Yorkers marched, members of the Los Angeles LGBTQ+ community held the first city-sanctioned pride parade, and activists in San Francisco marched through the streets as well. Two years later, SF held its first official parade with 2,000 marchers and 15,000 spectators.

Within a decade of those first historic events, most major cities in the United States were holding their own pride parades, and metropolises around the globe followed suit. According to organizers and participants, the larger-than-life floats, colorful costumes, and all-out unbridled joy evident in these events are central to their purpose: To empower members of the LGBTQ+ community to feel free, safe and equal — even though the fight for those rights still continues.

People march in the Gay Pride parade on June 9, 2018 in Rome, Italy. The parades have become international symbols of love, tolerance, pride and respect for all.
Stefano Montesi - Corbis/Getty Images

New York, Chicago and San Francisco continue to commemorate the events at Stonewall the last weekend of June, while Los Angeles kicks off festivities earlier in the month. On the national level, President Bill Clinton declared June Gay and Lesbian Pride Month in 1999, and while George W. Bush let the tradition slip, President Barack Obama reinstated the official declaration during each year of his administration and established the Stonewall National Movement in 2016, a 7.7-acre (3.11-hectare) area around the Stonewall Inn that is now the country's first LGBTQ+ national park.

Learn more about the origins of the pride movement in "The Stonewall Reader," edited by the New York Public Library. HowStuffWorks picks related titles based on books we think you'll like. Should you choose to buy one, we'll receive a portion of the sale.

Mrs. Cheng: The Most Successful Pirate in History

How Did Weasels Get Such a Bad Rap? 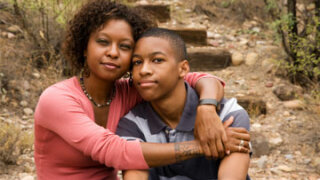 What to Do When Your Child Comes Out 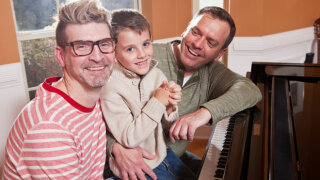 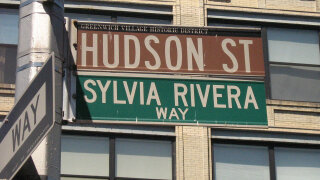 Sylvia Rivera: A Pioneer of the Modern LGBTQ Rights Movement