'Gender-friendly' Tips for a Nonbinary World

by Danielle Douez Jun 28, 2019
Audrey Mbugua speaks about her life as a transgender woman in Kenya at the Oslo Freedom Forum 2019 on May 29, 2019 in Oslo, Norway. Julia Reinhart/Getty Images

The idea that gender is distinct from one's biological sex, and manifests in more ways than just either male or female, has gained greater acceptance over the last 10 years. For example, people in 11 U.S. states and Washington, D.C. can now choose a nonbinary* gender marker on their identification documents (usually indicated by an "X" rather than designating "male" or "female.") And in 2015, the U.S. Transgender Survey conducted the largest ever survey of transgender people – those whose gender identity does not match the sex they were assigned at birth — and found that a third of respondents were nonbinary — not identifying with either sex.

The survey also found that 60 percent of transgender people who were out to their immediate families said family members were supportive, but daily life was still grim. Transgender people continued to face serious barriers to basic health care and education, and regularly experienced physical violence and harassment. Some 40 percent of survey respondents had attempted suicide, nearly nine times the national average.

Addressing those issues will require legal, institutional and cultural changes. That's why Lee Airton, a professor of gender and sexuality studies in education at Queen's University in Ontario, Canada, wrote the book "Gender: Your Guide," to give people a starting place to make those cultural changes in their lives. We spoke with Airton, who is nonbinary and uses the pronoun "they," to help answer some common questions people have about being more gender-friendly in day-to-day interactions. We also spoke with Bethany Howe, a scholar at the University of Oregon who studies transgender issues; Howe is a transgender woman who uses the pronoun "she."

1. What Are Gender-neutral Pronouns?

Let's start with the basics: Pronouns are a set of words in a language that are used to refer to people without naming them. Traditionally, the English language only has pronouns that refer to either men or women (such as "he" or "her"). Today, people are making an effort to adapt the language to better reflect the reality that many individuals exist outside of this binary. As a result, several gender neutral pronouns have come into circulation including "they," "ne," "ve," "ze" and "xe."

As Airton writes in their book, linguists are still debating which gender-neutral pronouns will stick, and how long it will take for these pronouns to become widely accepted. In the meantime, English language users are exploring new ways of speaking about gender that is inclusive of people who are nonbinary. "This is a cognitive shift, it's an issue of practice," says Airton.

Some people who are nonbinary may use terms to define themselves such as transgender, genderfluid or genderqueer. "There are all sorts of ways that people have come to articulate themselves outside of the male/man or female/woman binary," Airton says. "I generally refer to them all under a 'nonbinary' umbrella as the precise meanings of terms like genderqueer change from person to person." (We have included a glossary of these terms at the end of this article in case you find it helpful).

2. When You Meet Someone New, How Can You Know Which Pronouns to Use?

The first step you can take is to practice using gender neutral pronouns on your own, Airton recommends. This will help you feel more confident and comfortable using them when the occasion arises. Airton suggests that you find a friend to practice with and do a few fill-in-the-blank exercises. Tell simple stories about someone using gender neutral pronouns. "It's OK to break down into giggles," Airton says. "That's usually how nervousness manifests and people need space to dispel of those nervous feelings in order to learn."

When you're out meeting new people, whether at a party or at work, the next step is to not make assumptions about someone's gender. Here are several strategies to help with that:

While this last strategy might seem awkward, it is in line with Howe's hope for the future: "I'd like to get to a point where this is part of our normal discourse, just like where we ask just where people are from, what they do, or whether they have kids," she says.

The overwhelming majority of transgender people whom Howe has interviewed for her research say that they are not offended when someone asks what their pronouns are. "It lets me know you're trying, and that matters a great deal to me," Howe says.

3. What Should You Do if You Mistakenly Use the Wrong Pronoun?

Misgendering means you use a pronoun that does not correspond to that person's gender identity. Some people who refuse to accept nonbinary people may do this on purpose, but it also often happens by mistake.

"People go through all these panicked reactions," Airton says about making mistakes. "Just keep it as chill as you can."

If you make a big deal out of it, you may end up shifting the focus to you, rather than attending to the feelings of the person who was just misgendered. Remember this mantra in your head, Airton says: "Sorry, rephrase, move on." The best thing you can do is just apologize and restate your comment.

If you see someone else make a mistake, it's OK to remind them of the right pronouns. "Be gentle, be kind, be firm," Airton says. "Correcting misgendering is most critical when speaking about someone who isn't present to speak up for themselves. Otherwise, they won't learn."

If you are the one being misgendered, the best way to respond always depends on the context, says Howe. Each person has to decide what is best for them. Howe says she has close friends who have known her for more than 40 years who still sometimes slip up, and sometimes she lets it go.

4. Is it Rude to Ask Transgender and Nonbinary People Questions About Their Experience of Gender?

Transgender people are frequently asked to explain themselves to others, says Airton. This can be a huge emotional drain. Refraining from asking questions when you first meet someone can be a huge gesture of respect, Airton notes.

One way to educate yourself is to seek out resources online. For example, many organizations provide resources and information on gender issues such as the National Center on Transgender Equality, Gender Spectrum, Our Trans Loved Ones. In addition to their book on gender, Airton runs a blog about gender neutral pronouns called TheyIsMyPronoun.com.

Howe points out that it's not entirely off limits to ask a transgender or nonbinary person about their experience, says Howe, especially if it's a friend.

"Go talk to that friend and say, 'I'd like to understand you better, so as much as you'd be willing, could you tell me your story?'" It's less about memorizing a set list of do's and don'ts; what's important is that your questions are rooted in a desire to be a better ally and friend," she says.

If you're a bookworm, you might also consider reading memoirs written by transgender and nonbinary people. Howe recommends "She's Not There" by Jennifer Boylan and "Redefining Realness" by Janet Mock. But she cautions you should read these with a grain of salt. These popular narratives do not capture the full diversity of the transgender nonbinary community.

The LGBTQ advocacy group GLAAD has a list of tips for allies of transgender people on its website. Among them: Don't ask a transgender person about their surgeries or sex life and avoid backhanded compliments like "You look just like a real woman."

5. What Are Some Other Ways to Be Gender-friendly?

There are many other ways to be gender-friendly other than using gender-neutral pronouns. For example, Airton recommends simply putting effort into not appearing surprised when someone shares information about themselves that you weren't expecting. "Practicing open-ended ways of talking to people can actually lead you to new conversations and friendships that weren't even on your radar," Airton says.

Howe calls this gesture a microaffirmation, which she describes as "those little things that make you feel better." Howe just completed a Ph.D. in part studying the impact of microaggressions, negative aggressive slights against transgender people. Now she wants to focus her research on the opposite.

"It's those little things that you can do if you have transgender people in your life, little symbolic acts that have a huge payoff," she says. "I know as a woman when somebody tells me 'Oh, I love your dress, it's a big deal."

Cross Seas Are Rare But Dangerous 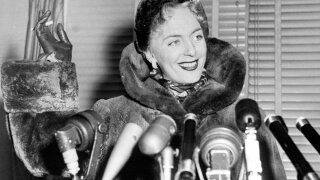 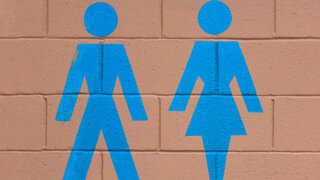 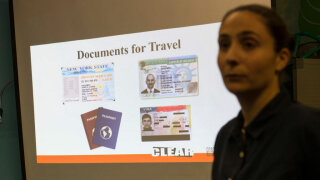 Do We Need Gender on Government IDs?