by Dave Roos
NEXT PAGE
Protesters gather outside the U.S. Supreme Court on April 23, 2019 in Washington, D.C. regarding citizenship and the census. On June, 27, 2019, the Supreme Court decided to block that question about U.S. citizenship in the 2020 census. Win McNamee/Getty Images

There's an old-school beauty to the United States census. Every 10 years since 1790, the country takes a national headcount. That first census, required by the U.S. Constitution and instituted by President George Washington, counted fewer than 4 million people. The most recent census, in 2010, recorded 308.7 million men, women and children of dazzling diversity. The process of taking the census has changed — from house-to-house census takers to online questionnaires — but the mission remains the same, to paint an accurate picture of the changing face of America.

The main purpose of the census is to figure out how many seats each state receives in the U.S. House of Representatives. Since 1911, there have been 435 seats in the House, and each state is guaranteed at least one [source: U.S. House of Representatives]. Additional seats are apportioned by population, with the most populous states receiving the most seats. California, the winner in this category, has 53 seats in the House, while states like Delaware, Alaska and South Dakota only have one [source: U.S. Census Bureau].

But the census is much more than just apportioning seats. It's a once-a-decade chance to track the shifting demographics of America. How many people live in big cities? How many children live in each household? What is the nation's racial and ethnic breakdown? Federal and state governments rely on census data to budget for social welfare programs. Cities and private industry use demographic figures to plan hospital expansions and housing developments, and assess the need for new schools or new strip malls.

Every year, federal and state governments use census data to allocate more than $675 billion toward public services and infrastructure [source: U.S. Census Bureau]. Because this data is so important, all U.S. residents (regardless of immigration status) are technically required by law to faithfully and accurately fill out the census form.

So how did the census come into being?

Why Tell Me Why: Why Do We Have a Census? 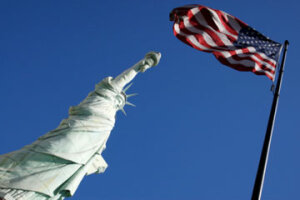