Why do some cultures believe you shouldn’t sleep with your feet toward the door? 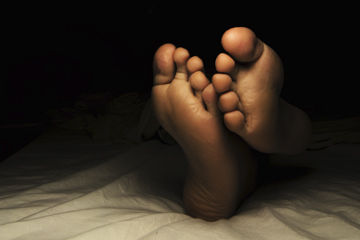 Some cultures believe that spirits might drag you away if you sleep with your feet facing the door.
Imagination/Getty Images

If you subscribed to every superstition in the world, you'd never leave home. With all the conflicting and myriad fates that may befall the superstitious, it's difficult to know how to act. And that even goes for your bedtime ritual. Cultures around the world believe that it's bad luck to sleep with your feet facing the door.

Perhaps this belief is best embodied in the practice of feng shui, the study of the interaction of energy between people and the objects in their environment. The bedroom, in particular, is a place believed to have an effect on your health, happiness and ability to save money.

As in many cultures, it's vital that your feet do not face the bedroom door as you sleep. It's considered bad for your health because dead bodies traditionally are removed from a bedroom feet first. It's also believed that when you sleep with your feet facing the bedroom door, you'll feel restless and dissatisfied at home, and a sense of relaxation will escape you. Worse yet, spirits may drag you out the door against your will [sources: Helm, Wood].

Whether sleeping with your feet toward the door actually brings bad luck may be a superstitious matter, but there is something you can do to avoid waking up on the wrong side of the bed: Sleep on the left side. A study of 3,000 adults found those who slept on the left side of the bed awoke more cheerful, positive and better equipped to deal with an overscheduled day. In comparison, a mere 18 percent of those who slept on the right side of the bed had a positive outlook on life.

Although it may be a chicken-and-egg argument, people who slept on the left side of the bed reported they were calmer than their partner during crises and a greater number enjoyed their jobs. Few, however, said they would switch sides and become a right side sleeper [source: Paxman]. If you're looking for a change, your best bet may be to try the left side of the bed -- regardless of which direction your feet choose to slumber. 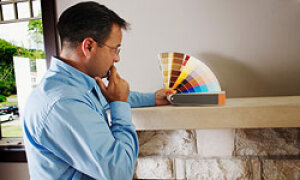 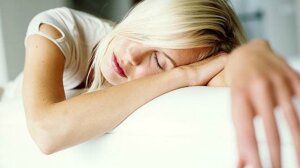 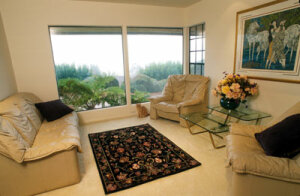