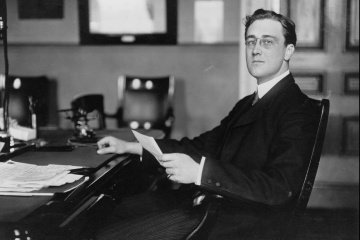 Fueled by the legends and claims of discoveries, two groups came to find treasure in the 1860s – a time of frenzied treasure hunting across North America. The Oak Island Association arrived in 1863 and the Eldorado Company in 1866. These groups both tried to block the flow of water into Smith's Cove and dug numerous shafts and tunnels to attempt to access the treasure or intercept the water tunnel – all to no avail. These pits and tunnels, meanwhile, caused headaches for future treasure hunters.

In the 1890s, Frederick Blair arrived with the Oak Island Treasure Company. Blair attempted and failed to locate the water tunnel, so his next step was to drill into the Money Pit. He allegedly found evidence of loose soil and layers of iron, oak, sand, wood, coconut fiber and putty [source: Fanthorpe et al.]. He also supposedly unearthed a tiny fragment of parchment paper with writing on it (many people read it as the letters "v" and "i"). This parchment, unlike the earlier discoveries, is still around today, although skeptics question its authenticity. In 1897, Blair also discovered a triangle formation made of beach stones on the shore south of the Money Pit.

Countless more teams came to Oak Island, including American Capt. Henry Bowdoin in 1909, who brought with him a young law clerk named Franklin Delano Roosevelt as an investor. As U.S. president three decades later, FDR expressed a longing to return to the island [source: Strochlic]. Subsequent treasure hunters include William Chappell in 1931, Thomas Nixon in 1934, Gilbert Hedden in 1935, Professor Edwin Hamilton in 1938, M.R. Chappell in 1951, George Greene in 1955, and William and Victor Harman in 1958. Next were the ill-fated Restalls.

In 1965, geologist Robert Dunfield built a causeway from the mainland to bring heavy machinery onto the island. Finally armed with heavy digging equipment, Dunfield was determined to end the treasure hunt, once and for all.