Vegas and the Mafia 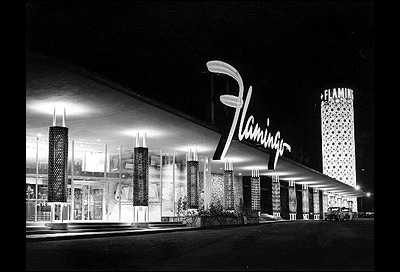 La Cosa Nostra had always been involved in gambling, from numbers games to sports betting. They operated luxurious, illegal casinos through the United States, bribing local police officers to look the other way. When Nevada legalized gambling in 1931, mobsters were not the first ones to see the opportunity. The famous Strip was already developing, and a few fancy hotel/casinos were already in place by the time the Mafia arrived.

When they did arrive, it wasn't the usual suspects. Instead, many of the early Vegas casinos were financed by Jewish mobsters like Bugsy Siegel and Meyer Lansky. It cost a lot of money to build casinos, and these men offered shady loans to prospective developers. Some of these loans happened out in the open, with the mob-controlled Teamsters union using its pension fund to finance casino and hotel construction projects. This stopped in 1975, when federal officials took notice.

Casinos generate huge profits on their own, so it didn't take much creativity on the part of the wiseguys to figure out a way to get their cut. They skimmed cash from casinos they partly owned or simply extorted payoffs from casino managers. Many mob bosses were "business partners" with casino owners, whether the owners wanted them as partners or not.

Since the 1970s, the government has been very strict about keeping the mob out of the Vegas casinos. Today, it is believed that the major casinos are not influenced by the Mafia, and any hint of an organized crime connection is enough for a casino to lose its gambling license.