Is it rude to break up with someone in public? 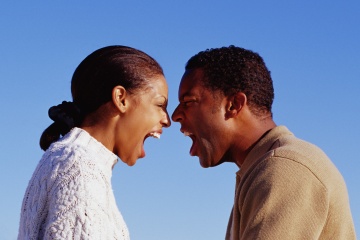 You may have just ended your relationship and told your now ex off, but perhaps you should've been a little more considerate in your choice of location.
Thinkstock

Let's acknowledge first that there are circumstances wherein you don't have to follow rules of etiquette when breaking up. While we won't dive too deeply into the issue of domestic aggression, let's just say that not every relationship deserves a nice, polite break. There are times when simply leaving and never coming back would be a great plan, as there are also times when having a support person (or crowd) might be useful.

That being said, let's talk about breakups that result from healthy — if not mutually satisfying — relationships. The ones that we know aren't really working, but for whatever reason — genuine affection, guilt, allegiance — we don't necessarily want to end on a bad note. These relationships, we might feel, do deserve some kid gloves. If we're not interested in practiced cruelty during a breakup, is there a "right" way to tell someone the flame has been extinguished? (A hint: Try using the phrase "the flame has been extinguished." They'll be so annoyed with your faux poetry that they'll be glad you're breaking up with them, no matter the location.)

We can assume that breaking up generally means leaving someone vulnerable and embarrassed. On the other hand, basic courtesy requires us to do what we can to ensure those with whom we're interacting are comfortable. It can be difficult to do both.

But we don't get to choreograph the action of the breakup to let ourselves off the hook. We all know the point of a public breakup: to forestall a big, messy "talk about our feelings and what happened." As the breaker-upper, you may be tempted to try anything you can to avoid that. But if you really care about the other person, you probably need to give them the right to be upset on their own terms. And if you're trying to coordinate a public breakup just to cut off a presumptive talk, you're not acting considerately on their behalf.

Also, let's remember that being in public does not ensure a more subdued reaction. You run the risk of your ex-partner being just as tearful, angry, accusatory and loud in public as they would be in private. And in this day and age, you could become an unwitting target of a live-tweet event from a nearby stranger [source: Hill]. The moral? Break up in public if you want, but be warned: It's inconsiderate, and risky. 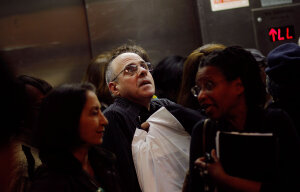 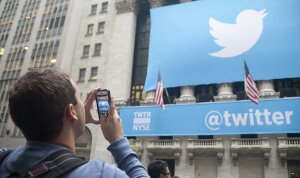 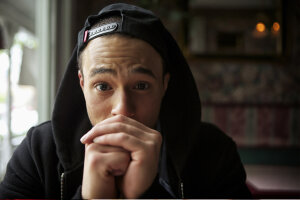 Why is it rude to stare?