Is it rude to blow your nose at the table? 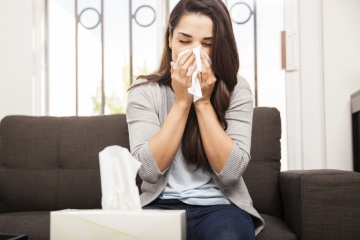 It’s OK to blow your nose at the table — with a few stipulations.
Antonio_Diaz/iStock/Thinkstock

It's probably a lot ruder to let snot drip down your face during the salad course.

We kid. As you might imagine, etiquette experts have a lot to say about how we treat our noses in public. From blowing to sniffing to snorting to picking (or as Miss Manners puts it, "cleaning"), there's both a polite and a horrifying approach to nearly every nostril-related activity. None of these experts advocate for a thorough nose-honking at the table, but none of them seem to be interested in letting mucous drip during dessert, either. So what to do if you're stuck at the table with a leaking nose?

First, a word about table manners in general. Etiquette is a social construction and thus isn't something we inherently understand. (And it certainly isn't something we inherently follow, either.) The European Middle Ages, for example, left no records of rules about when and where to blow one's nose. It appears that while there might be ceremony for feasts, individual table manners were eschewed for a free-for-all of eating and drinking, with maybe a cursory thought to keeping tidy in the process. In fact, it was only during the Renaissance that table manners became a nicety that marked high society [source: Jones].

So let's not be too harsh on each other for not knowing exactly when we can or can't blow our noses. It's hard, after all, to keep track of social customs. And let's remember, customs are flexible among cultures. The Japanese culture, for instance, frowns on blowing your nose in public, period. But don't assume you'll commit a horrible blunder if you do, because there's still perspective — in most cultures — reminding us that not every social faux pas is a gigantic deal.

So let's get back to our topic at hand. Blowing your nose at the table is probably unnecessary, at best, because in most circumstances you can easily excuse yourself and take care of business out of earshot. If you find yourself in the situation where a quick wipe is needed to avert a dripping nose, you're not going to cause a scandal by blotting at your nose at the table. But let's get one thing straight: A handkerchief is the best tool for the job. Wiping your nose on napkins provided — intended to wipe your mouth only — is far less desirable. Miss Manners advises carrying a handkerchief at all times, but how common is that? Maybe consider packing one if you have a cold or at least some tissues that can be quickly and easily tucked away [source: Martin].