by Susan Sherwood
NEXT PAGE 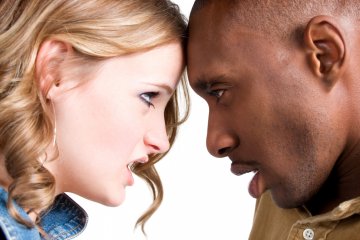 When bringing up racism, keep the focus on a person's words and actions.
Kelly Cline/Getty Images

Sometimes calling a person on racist remarks is easy. If you're the NBA Commissioner and the offender is Los Angeles Clippers owner Donald Sterling, you just fine him millions and ban him from the league forever. Most of us don't have that kind of power, though, and since racist comments can come up at any time, it's helpful to have a basic strategy prepared.

If someone makes a racist comment in your presence, the person speaking is including you in his or her bias [source: BBC News]. So, if you disagree with what's being said, you need to speak up. And unlike in many matters of etiquette, this isn't one you need to handle in private. Unless you speak up, others may assume you agree with the offending comment — and that comments like it are OK.

There are plenty of folks who, in a group setting, will just laugh nervously and hope it blows over quickly, or try to change the subject. This is another reason why it's good to think about how to address racism ahead of time. You can respond clearly and quickly while other people search for something else to talk about.

First, focus on what was said, not on the intent behind it. You can only guess at why someone made a racist comment — the only part you actually know is what the comment was. "You're racist" can start a much broader, completely unproductive discussion. So, focus on the comment: "That sounds racist." Offer your opinion civilly. If the interaction is with someone you don't know well, end the conversation there and move on. You don't have to stick around and continue talking, hoping for different results.

If the statement came from a friend or family member, follow up with an explanation of why it sounded racist. Is the remark a sweeping generalization? Does it support stereotypes? Mention that casual racism helps keeps discrimination alive; if the speaker was just being thoughtless, he or she might apologize. Accept it and move on. Allow the conversation to steer into a less volatile direction.

However, if a friend repeatedly makes racist comments after you've objected, you may begin to wonder whether you should still be friends. If that's the case, let your friend know — privately. If that message doesn't bring your friend around, keep your word and break it off. You can't exactly end a relationship with a family member, but you can let him or her know that you'll be keeping your distance if racist language continues to come into your conversations – and follow through on that promise if the racist language persists.

It's best to respond to racist remarks as soon as you hear them, but if you're flabbergasted, intimidated or confused, it's fine to reflect on the incident and bring it up later, after you get your thoughts in order. Unless you can recreate the exact mix of people from the original setting, this conversation is best held in private. Admit that at the time, you were surprised by the comment, but now that you've had a chance to consider it, you're ready to respond. Then, address the statement – not the mindset – by explaining your position and pointing out how those around you are impacted by misinformed values. When you're trying to make the world a less biased place, it's better late than never.

How to Tell Someone They Sound Sexist 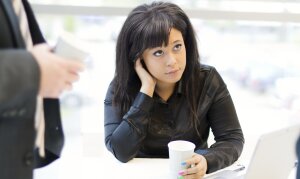 How to Tell Someone They Sound Prejudiced 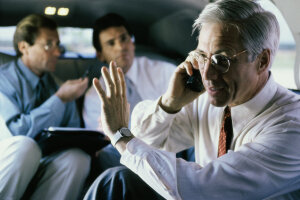 How to Tell Someone They Talk Too Loudly