Is It OK to Secretly Record Workplace Conversations?

With smartphones in every pocket, purse and cubicle in America, it's easier than ever to discreetly record a workplace conversation. Just look at Omarosa Manigault Newman, the former White House aide who slipped her phone into the secure Situation Room to record private conversations, including her firing by Chief of Staff John Kelly.

In cases of alleged workplace sexual harassment or discrimination, many workers believe that a lewd or racist comment caught on tape will be the "smoking gun" that nails a toxic boss or co-worker.

But for workers in 11 states — including California, Illinois and Florida — secretly recording a workplace conversation not only will not be admissible as evidence in a harassment lawsuit, but could land the accuser in jail.

Kristin Case is an employment lawyer in Chicago, Illinois, which has one of the most restrictive statutes in America when it comes to recording workplace conversations. If she gets a phone call from a prospective client saying they have a smartphone recording of a boss or co-worker making inappropriate sexual comments, Case does the lawyerly equivalent of putting her hands over her ears.

"I can't listen to that recording, which drives me crazy," says Case. "I tell them, 'I don't want you to send it to me and I can't listen to it. I can't be a participant in any of this.' Which kills me because I know it must have good information on it."

Residents of Illinois and 10 other states are held to the "two-party consent" rule. To record a conversation where there is a reasonable expectation of privacy, you must get consent from the other person. In fact, it's really an "all-party" consent rule, says Case, since you technically have to get permission from each person being recorded, even if it's a full conference room.

The other 39 states, plus Washington, D.C., have a "one-party consent" rule, which means that only one person in a conversation needs to know that it's being recorded. So if you record a co-worker explaining why certain racial or ethnic minorities don't belong in executive positions, you don't need to tell her a thing. The only consent needed is yours.

That means that if you live in a one-party state, a particularly damning recording of a boss or co-worker can absolutely be a "gamechanger" for a harassment or discrimination lawsuit, says Tom Spiggle, an employment attorney in the Washington, D.C., area.

"If you have an iPhone recording of a boss saying all this nasty stuff, you don't get much closer to 'smoking gun' evidence than that," says Spiggle, adding that cases like those usually don't go to trial, because the employer will want to settle quickly to avoid the tape from being made public.

But again, that's only if you live in a one-party consent state. For workers in Illinois, California and the nine other two-party consent states, coming forward with a secret recording, even if it contains irrefutable evidence that your boss is a predator, could result in your being charged with "eavesdropping," a felony offense.

Case, the Chicago attorney, says that a client disclosing the existence of a secret workplace recording is "really disastrous" for numerous reasons. For starters, the evidence is inadmissible because it was recorded illegally. Second, the employer could turn around and press criminal charges if they learn about the tape. And third, even if the lawyer has no intent of using a recording as evidence, the client can't erase it. That would be destroying evidence.

If her client decides to go forward with a lawsuit, Case says, the company's lawyers would likely request all recordings and documents related to the case as part of the discovery process. Even if Case never listened to the recording, she would still have to hand it over.

"You have to produce everything in your possession, even if it hurts your client," says Case. "That's when it becomes really damaging."

As a result, Case urges clients with a secret recording to not take their cases to trial but rather to settle out of court. The risk of revealing the tape's existence is simply too great, given the criminal nature of the recording in Illinois and elsewhere. By settling, though, they sacrifice potentially larger damages awarded by a jury.

Both Case and Spiggle emphasize that audio or video recordings, although very helpful in some cases, are not the only way to win a workplace harassment or discrimination lawsuit. Case encourages clients to write down incidents of harassment when they happen and keep records of dates and times. But even that level of documentation may not be necessary to convince a jury of credible allegations.

"Employees tend to think if they don't have a document or some sort of proof then they can't bring a claim. But that's not true," says Case. "Their own testimony is evidence. Their own testimony about what happened can sometimes be the most compelling evidence in an employment case."

Now That's Cool
Many companies have blanket bans against making recordings in the office, but those may not be constitutional. As Spiggle explained in a blog post, the National Labor Relations Board ruled in a 2015 decision against Whole Foods that workers must be allowed to record in certain situations, including when collecting evidence that could be used in an administrative proceeding or lawsuit. That ruling only prevents people from getting fired for recording, but won't protect from criminal charges in a two-party consent state.

Planting Milkweed Will Help Save the Monarch Butterfly 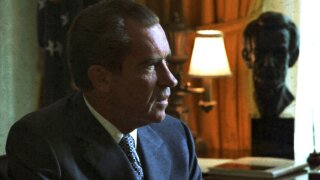 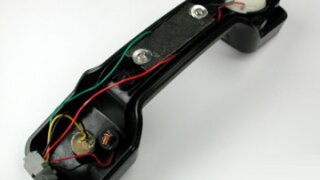 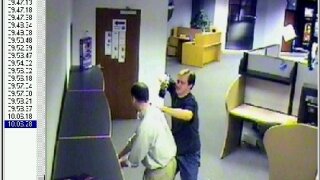 Is your workplace tracking your computer activities?