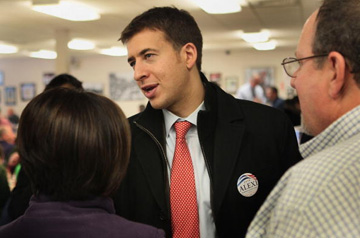 In the U.S., the state treasurer is a state's chief banker and money manager. The treasurer oversees all of the state's cash savings, debt and investments. The treasurer doesn't raise money through taxes -- the state legislature and the department of revenue does that -- but by selling bonds earning interest on investments [source: Oregon State Treasury].

Citizens elect state treasurers to serve four-year terms, but some states -- most notably Texas and New York -- instead have comptrollers of public accounts. State treasurers come from varied backgrounds. Many have experience in the finance and investment banking sector, and many also hold law or graduate business degrees.

Since state treasurers are elected, they regularly have political experience. Treasurer Bill Lockyer of California served as the state attorney general and as state senator before running for treasurer. For others, the state treasurer's office is a stepping stone to higher political ground: Current U.S. Sen. Kay Bailey Hutchinson of Texas served in the state legislature before becoming treasurer.

As the state banker, the treasurer overseas all withdrawals and deposits from state and local governmental agencies. He or she must keep records of all state debts and credits and report these receipts to the state legislature. As the state bank, the treasury also processes checks to state employees and vendors.

As the state money manager, the treasurer must carefully invest the state's pooled money accounts into steady growth stocks, bonds and securities. The treasurer also raises money by selling the state's debt in the form of state-issued bonds and notes. All of this money is used to pay state employees and fund every line item on the state budget, including the public schools, highway construction and maintenance, and state parks [source: California State Treasurer].

The state treasurer also oversees the state's unclaimed property division. Most states require businesses like insurance companies, banks and investment firms to surrender any unclaimed funds to the treasurer if there's been no client contact for a certain number of years [source: Florida Department of Financial Services]. The Pennsylvania treasury is holding more than $1.5 billion in unclaimed property [source: PA Treasury]. California has more than $5 billion belonging to 11.6 million people [source: California State Controller's Office]. Each state maintains a Web site where residents can search for unclaimed property.

For lots more information about government agencies, see the links on the next page.