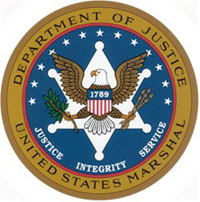 The U.S. Marshals Service is the oldest law enforcement agency in the United States. With duties that encompass virtually anything that involves federal courts, federal laws or federal fugitives, the marshals provide a crucial service that’s often overlooked next to larger agencies like the FBI and the ATF. Their fabled history includes periods when they were the only source of law and order in certain parts of the country, and the marshals’ efforts are just as important today. In this article, we’ll look at the history of the U.S. Marshals, what exactly their job entails, and how the U.S. Marshals are organized.

The first time the U.S. Congress ever met, they signed into law the Judiciary Act of 1789. This law established the federal courts and a law enforcement service to protect them and enforce their decisions. The U.S. Marshals Service was born.

For much of their existence, the marshals were in a difficult position. The conflict between states’ rights and federal power was always simmering, sometimes boiling and eventually exploding into the Civil War. The marshals were the only representatives of federal power in most of the country, and they often had to enforce extremely unpopular laws, alienating themselves from their own friends and neighbors. Federal taxes, the unconstitutional Alien and Sedition Acts and slave laws all brought marshals into conflict with their fellow Americans. In fact, slavery was a double-edged sword for U.S. Marshals. In the south, they had to enforce bans on slave imports, obviously unpopular with most southerners. In the north, they had to arrest those who aided escaped slaves, enforcing fugitive slave laws that northern abolitionists opposed fiercely.

In the second half of the 19th century, the U.S. Marshals made their mark on history, becoming synonymous with the “Wild West.” In the lawless frontier towns of the American west, marshals were once again the only bastion of federal law - or any kind of law and order, for that matter. This time, however, most people welcomed the safety and stability a lawman could bring to a town, limiting the activities of the rowdy and sometimes murderous outlaws that roamed the plains. This is the role the marshals are most famous for; their silver star-shaped badges a symbol of the white-hat good guys in countless western films. When a marshal needed some extra man-power, he formed a posse and deputized all local men who were willing to help.

Courtesy of the Library of Congres Justice Frank Murphy ­of the U.S. Supreme Court

In the early 20th century, the Marshals Service slipped close to obscurity. Though still active in federal cases and courts, the service was filled mostly by older police officers nearing retirement. They had a reputation as out of shape and dim-witted. That changed when Attorney General Frank Murphy took over the Department of Justice. In 1939 he began the process of professionalizing the Marshals Service, updating the training and hiring requirements, and improving the service’s performance, not to mention its image.

Marshals played key roles in American history escorting black students to white schools in the South when the Supreme Court ordered desegregation and tussling with anti-war protesters during the Vietnam era. The modern U.S. Marshals Service is a vital link in the chain of federal authority.

James Meredith, walking to class at the University of Mississippi, is escorted by U.S. Marshals.
Courtesy of the Library of Congres

In 2007, it was announced that Fort Smith, Arkansas would be the home of the permanent U.S. Marshals Service Museum [Source: U.S. Marshals].

The classic six-point silver star badge is familiar to any fan of Tom Mix or John Wayne. In fact, until 1941 a great deal of variety could be seen in U.S. Marshals badges, since each district designed their own. From badges shaped like shields, circles, and stars within circles, the badges evolved over the years into the modern badge, a silver star inside a circle, worn with the marshal’s or deputy’s credentials. You can see several examples of badges through the ages here: USMarshal.gov.