by Patrick J. Kiger Apr 25, 2019
This portion of the Mueller report shows some of the areas that were redacted. How do they make sure no one can see the blacked-out parts? U.S. Department of Justice

Last week, the American public got its first look at special counsel Robert Mueller's two-volume "Report On The Investigation Into Russian Interference In The 2016 Presidential Election," and some may have been startled to see how much of the 448-page document—7.25 percent of the text, according to news website Vox—had been blacked out by U.S. Attorney General William Barr.

Each blacked-out word or passage was labeled with a color-coded notation indicating the legal justification for withholding that material. These included:

The House Judiciary Committee still subpoenaed the uncensored report, and Barr's explanations didn't quell the widespread curiosity about what it was that Barr decided that we shouldn't see.

"There's something psychological about it," explains Michael Ravnitzky, an attorney who is an expert in the release of government documents through the Freedom of Information Act (FOIA). "If you see a document with blocked out sections, your eyes go to it and you wonder, what's under there?"

The Definition of Redaction

Welcome to the arcane, secretive subculture of redaction, which is the practice of removing or concealing portions of documents before publication. It's a phenomenon that most ordinary Americans probably are unfamiliar with, as evidenced by the 4,000 percent spike in the number of searches for "redact" and "redacted" on the Merriam-Webster dictionary website in March 29, the day that Barr sent a letter to Congress revealing that he would release a redacted version of Mueller's report. But attorneys, journalists and historical researchers are accustomed to blacked-out spaces on documents as a consequence of dealing with sensitive subjects.

Redacting has long been a part of government-imposed secrecy. When former CIA employee Victor Marchetti and co-author John D. Marks sought to publish a book on the agency in the early 1970s, government censors, who had the authority to review the book under Marchetti's employment contract, redacted 168 passages from the text, as Marchetti's New York Times obituary details. (The book was published with blank spaces showing the location of the redacted passages.) Decades later, documents obtained using FOIA still are sometimes riddled with blank squares over faces in photographs and black bars over words and sentences, and sometimes entire pages, as the FOIA website Muckrock.com details.

But its not just the government. In the legal world, attorneys routinely redact portions of documents that to be turned over during the discovery process in civil lawsuits. Those deletions occur in order to protect attorney-client privilege, attorneys' work product for clients, commercially sensitive information, and information not relevant to the litigation, according to Sara Alpert Lawson, a Tampa-based attorney who specializes in complex civil litigation, white-collar criminal defense and government investigations. As she points out, other redactions are required by the courts themselves, to protect personal information such as Social Security numbers from misuse.

How Documents Are Redacted

One of the odd things about redaction is that while there are rules about what should be redacted, in there aren't really a lot of hard-and-fast rules about how to block out that material. For years, attorneys and government officials often simply used black markers to conceal sensitive portions of documents, which then were photocopied so that someone couldn't hold the paper up to the light and read the censored words.

In the mid-2000s, as more and more documents began to be distributed in electronic form, both the government and private-sector law firms started shifting to redacting the digital files themselves, using software tools. According to Lawson, these days attorneys involved in big corporate lawsuits often use e-discovery platforms, which allow them to manage massive amounts of documents and contain tools for redacting portions. (This ABA Journal article also offers tips on how to safely redact information from PDF files using the Adobe Acrobat Pro program.)

But regardless of what technology is used, Lawson says it's necessary to go through documents individually and figure out what to mask. "Redacting is a time intensive process," she says.

In the case of the Mueller report, Barr and his staff apparently scanned a printed copy of the report; redacted it, and then printed and scanned it again to create a new digital copy, according to analysis by Duff Johnson on the PDF Association website. That excess of caution resulted in a low-quality image that wasn't searchable. (Since then, the Department of Justice has published a searchable version as well.)

But digital redaction isn't always foolproof. Guardian reporter Jon Swaine found that he could view redacted text in a court document in the Paul Manafort case by copying and pasting it into a Microsoft Word document. "This likely happened because someone either drew over the unwanted text with a black highlighter tool in Microsoft Word, or used Adobe Acrobat's redaction tools, but forgot to merge them with the original document," wrote Mathew Ingram of the Columbia Journalism Review.

"I don't trust technology," explains Mark Zaid, a Washington, D.C.-based attorney who specializes in national security law and frequently deals with redactions. "Even if there is a safety mechanism, somebody will invent something that overrides it."

Zaid generally eschews electronic redaction. His preferred method is to "literally cut it out with scissors and then photocopy the page," he explains. "It's a really sloppy-looking redaction, but no one will ever see what I cut out." In other instances, if he's instructed by the government to redact information from a document, he deletes the text and types the number of words and "deleted by the request of CIA" in its place.

But manual redactions on actual paper can go awry, too. Zaid recalls once receiving some redacted documents in a case and discovering that he could hold them up and read the words through the black ink. Whoever sent them had provided the original pages, rather than making a photocopy, he explains.

Zaid says that even when information in court papers is redacted, it's sometimes possible to figure out what's in the blacked-out sections. The client may be able to identify a witness, or piece together what was said in a discussion in which he or she participated, for example.

But generally, "it's not a smart thing to speculate," Zaid explains, because even educated guesses can be wrong. In FOIA litigation connected with the D.B. Cooper skyjacking case, for example, "we thought a document pertained to a particular person who was dead," he says. But when Zaid gave the government a copy of the man's obituary in an effort to get the full document released, "they said, it's not him."

Now That's Interesting
One sophisticated high-tech method for reading redacted words in a document involves analyzing their lengths and comparing them to other words with the same length on the page, according to Justsecurity.org.

What Does 'Caucasian' Really Mean? 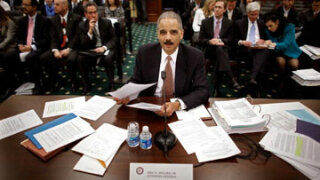 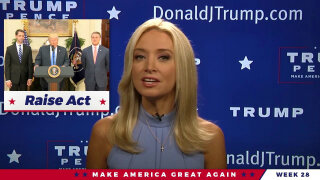 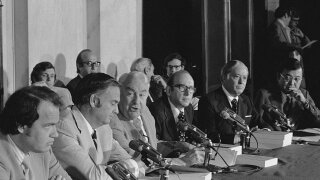