Can a felon own a gun in the United States?

by Nicholas Gerbis
NEXT PAGE 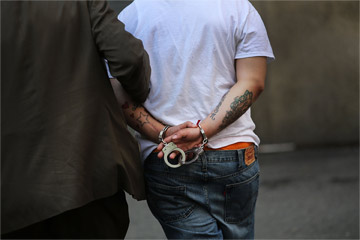 A man is brought to jail by a New York City police officer. If he's convicted of a felony, federal law would likely ban him from carrying a gun under most scenarios. Federally speaking, a felony refers to a crime that's punishable by more than a year of prison time. See more gun pictures.
Spencer Platt/Getty Images

The idea that society's vilest criminals should not only suffer punishment but also forfeit civil rights enjoys a long pedigree. In pre-1870 England, a declaration of civiliter mortuus, or civil death, meant exactly what it sounded like: Certain criminals -- including traitors, felons, exiles and outlaws -- were, in the eyes of the law, as good as dead [sources: Black's Law Dictionary; Encyclopaedia Britannica].

A version of civil death survives in American law as civil disabilities, through which offenders can be legally barred from such privileges as entering into certain agreements, holding public offices, obtaining some jobs and licenses, or profiting from insurance or pensions. Disabilities can also extend to civil rights, including the right to vote, to serve on a jury or to keep and bear arms [sources: Black's Law Dictionary; King].

As spelled out in Chapter 44 of Title 18 of the United States Code (U.S.C.), federal law bans convicted felons from possessing firearms or ammunition. (The U.S.C. is a compilation of congressional laws organized by topic and subtopic: Title 18 defines federal crimes and criminal procedure, and Chapter 44 (Sections 921-931) covers firearms.) It sounds straightforward enough, but when you unpack how that federal law works and factor in the complexities added by state laws and high court rulings, a much more complicated picture begins to emerge.

According to Section 922(g)(9), no one "who has been convicted in any court of a crime punishable by imprisonment for a term exceeding one year" may own or possess a gun. This rule covers all felonies, but does not apply to state misdemeanors that carry less than a two-year sentence. It also exempts several kinds of felonious white-collar crime, as well as felony convictions handed down in foreign countries [sources: 18 U.S.C. § 921; 544 U.S. 385; Williams].

Lest you think Section 922(g) is too lenient, however, read on: It also bans guns for (among others) fugitives, illegal users of controlled substances, mental defectives, illegal aliens, dishonorably discharged soldiers, renounced citizens, subjects of certain court orders and persons convicted of misdemeanor domestic violence. Violating these statutes can net you 10 years of imprisonment and/or a $250,000 fine [source: Rhode Island Probation].

Title 18 also provides procedures for seeking gun rights restoration (we'll delve more deeply into this issue later), but don't hold your breath. As explained in Section 925(c), felons may petition the U.S. Attorney General's office, but the AG has since delegated this responsibility to the Bureau of Alcohol, Tobacco, Firearms and Explosives (ATF), which has been forbidden by Congress since 1992 to fund the processing of such applications [sources: ATF].

As for persons convicted of a federal crime, they can always apply to the president for a pardon [sources: 28 C.F.R. § 1; DOJ]. 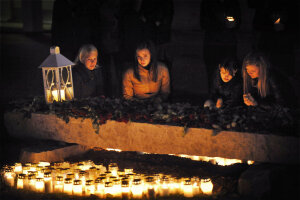 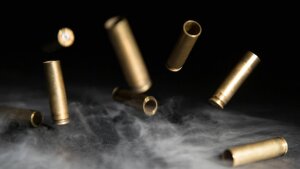 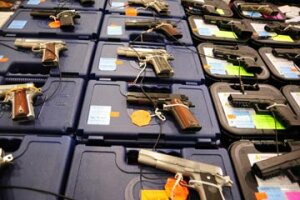 What's the difference between a semi-automatic weapon and a machine gun?