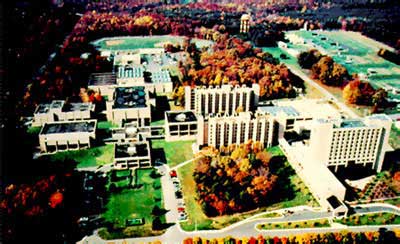 Because the FBI's mission continues to evolve and has such a wide scope, it has developed many different divisions to process information and handle incidents. A few of these include the Criminal Justice Information Services Division (CJIS), the Laboratory Division (or "Crime Lab"), the Behavioral Analysis Unit and the Hostage Rescue Team. Let's look at each of these divisions in detail.

The Criminal Justice Information Services Division (CJIS) is the largest division within the FBI. This makes sense because the collection, analysis and comparison of crime scene data is some of the FBI's most important work. The CJIS comprises several programs, including the Integrated Automated Fingerprint Identification System (IAFIS). The IAFIS contains the fingerprints of more than 47 million subjects and is the largest database of its kind in the world. The CJIS also includes the National Crime Information Center (NCIC). It stores detailed information on crimes committed across the United States, regardless of which organization originally investigated the crime. Law enforcement agencies at the national, state and local levels can access both the IAFIS and the information contained in the NCIC, helping them identify criminals who may move from place to place by spotting patterns and similarities between crimes.

Law enforcement agencies can also use the services of the Laboratory Division. As one of the largest forensic laboratories in the world, the FBI Crime Lab has conducted more than one million forensic examinations and pioneers new techniques in forensic analysis. The laboratory conducts forensic investigations on all types of physical evidence, including DNA, blood, hair, fibers, latent fingerprints, documents, handwriting and firearms. Law enforcement agencies can also receive training from the Lab's Forensic Science Research and Training Center (FSRTC) at the FBI Academy. Laboratory examiners provide expert testimony in court cases that deal with forensic evidence.

The FBI has been a pioneer in the technique of criminal investigative analysis (sometimes called "profiling"), conducted by the staff of the Behavioral Analysis Unit. According to the division's Web site, criminal investigative analysis "is a process of reviewing crimes from both a behavioral and investigative perspective." Trained profilers look at the evidence and circumstances surrounding a crime or series of crimes and create a profile that describes various aspects of the suspect's personality. Gender, age, level of education, types of jobs and other elements can narrow investigations and help agents prioritize leads. Geographical profiling helps as well -- in this technique, profilers feed information about the locations of crimes into a computer, which creates an "area of interest" for investigators to focus on [ref]. Profilers require about a year of in-depth training, and an academic background in psychology or another social science is helpful. However, the most important trait of an FBI profiler is extensive experience working on investigations.

The FBI also has one of the top hostage rescue teams in the world -- the Hostage Rescue Team, a part of the Tactical Support Branch of the Critical Incident Response Group. Initially, the HRT was a tactical rescue unit outfitted like a SWAT team. Their job was to end a hostage situation with the use of force. The Hostage Negotiation Unit was separate, and was supposed to try resolving hostage situations peacefully before the HRT went in. An adversarial relationship grew between the two units, culminating in the controversial Ruby Ridge incident. In 1992, U.S. Marshalls were in a standoff with a heavily armed family in rural Idaho. The FBI went in, but the HRT acted contrary to advice from experienced negotiators and ordered snipers to fire on the family before the negotiators had a chance to end things peacefully. Snipers killed the mother of the family [ref]. In response to this and other incidents, the FBI created the Critical Incident Response Group, which combines the Crisis Negotiation Unit and the HRT into a single group with a single commander.

Following September 11, 2001, FBI Director Robert Mueller ordered operational and organizational changes to support changes in the FBI's focus: "prevention of terrorist attacks, countering foreign intelligence operations against the U.S., and addressing cybercrime-based attacks and other high-technology crimes" [ref]. The organization is also working on technological upgrades to meet these changes and provide stronger support to federal, state and local agencies.

For lots more information on the FBI and related topics, check out the links that follow.

To apply to become an FBI agent, you must have a four-year degree, hold American citizenship and be between the ages of 23 and 39. You must also have a clean record, without convictions for any serious crimes. Only about 10 percent of all applicants are accepted. In the wake of the 9/11 attacks, the number of applicants shot up dramatically. Once accepted, agents train at the FBI Academy, located on a U.S. Marine Corps base in Quantico, Va. The 385-acre academy opened in 1972. In addition to dormitories, a forensic training and research lab, firing ranges, a garage, pursuit driving track, gymnasium and library, the academy has an entire fake town called Hogan's Alley for training. The academy is not open for public tours.

While being an FBI agent can be dangerous, the Bureau has a remarkable safety record. In the 71-year period spanning 1925 to 1996, just 33 agents were killed in action.