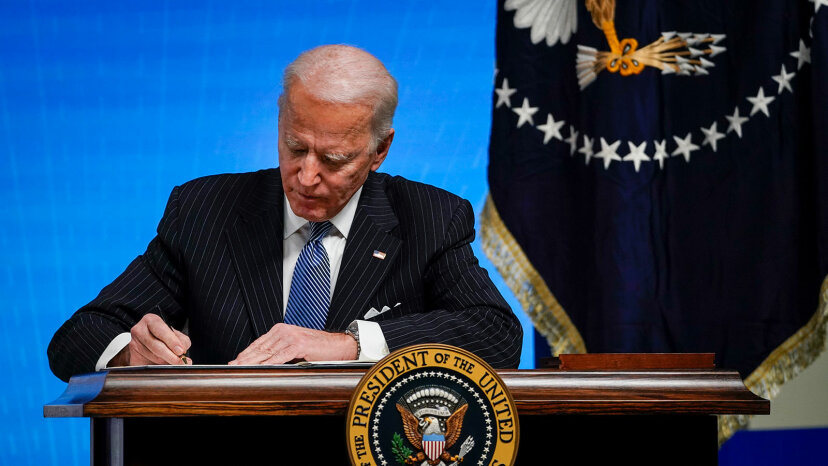 On February 19, 1942, two months after the Japanese attack on Pearl Harbor, President Franklin D. Roosevelt issued Executive Order 9066. In this one-page decree, the president used his authority as the commander-in-chief to authorize the U.S. military to "exclude" 122,000 Japanese Americans — more than half of them U.S. citizens — from their homes and businesses and relocate them to isolated and desolate internment camps [source: Our Documents]. A month later, Congress passed Public Law 503, making it a federal offense to disobey the president's executive order.

An executive order, also known as a proclamation, is a directive handed down directly from a president or governor (the executive branch of government) without input from the legislative or judicial branches. Executive orders can only be given to federal or state agencies, not to citizens, although citizens are indirectly affected by them.

Executive orders have been used by every American president since George Washington to lead the nation through times of war, to respond to natural disasters and economic crises, to encourage or discourage regulation by federal agencies, to promote civil rights, or in the case of the Japanese internment camps, to revoke civil rights. Executive orders can also be used by governors to direct state agencies, often in response to emergencies, but also to promote the governor's own regulatory and social policies.

Governors use similar interpretations of their state constitutions to justify the legality of executive orders.

To better understand the controversial and colorful history of executive orders in the United States, let's start at the beginning, with George Washington himself.

History of Executive Orders in the United States 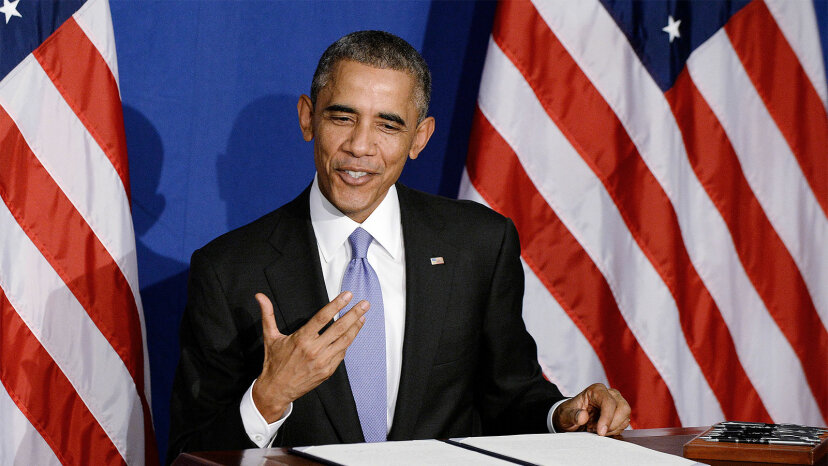 President Barack Obama signs the new BuySecure Initiative that directs the government to lead by example in securing transactions and sensitive data on Oct. 17, 2014 in Washington, D.C. Olivier Douliery-Pool/Getty Images

The very first presidential executive order was a proclamation signed by George Washington on April 22, 1793, giving instruction to federal officers to prosecute any citizens interfering with the war between England and France. In this case, Washington made the decree by executive order because Congress was out of session [source: Contrubis].

Similarly, Abraham Lincoln used an executive order to manage a constitutional crisis when Congress was out of session. The year was 1861, on the eve of the Civil War. Armed militias, under the banner of state control, were attacking federal troops passing through Virginia and Maryland. John Merryman was the leader of one of the most active militias, so Lincoln had him captured and locked up in Fort McHenry outside Baltimore [source: Vermeule].

Merryman's lawyers appealed for his legal right to appear in court to determine if he was being lawfully held, a concept known as habeas corpus. Through an executive order, Lincoln called for a suspension of Merryman's right to habeas corpus, something that only Congress could do in times of rebellion or invasion. Lincoln explained his actions to Congress, which later passed the Habeas Corpus Suspension Act of 1863, officially giving the president the power that Lincoln had assumed.

While Washington and Lincoln issued only eight and 48 executive orders respectively, other presidents issued thousands [source: The American Presidency Project]. Teddy Roosevelt was the first to break the 1,000 mark, thanks to his "stewardship" theory of executive power, in which the president should do everything that isn't explicitly forbidden by the Constitution to actively direct the affairs of the nation.

World War I and World War II brought dramatic increases in the use of executive orders, as did the years spanning the Great Depression. Franklin D. Roosevelt issued 3,721 executive orders during his prolonged presidency [source: The American Presidency Project]. His very first was on Inauguration Day, when he ordered the closure of all banks for four days to begin restructuring the financial system under the New Deal.

The period that saw the greatest increase in the use of executive orders was the years spanning World War I to World War II, including the Great Depression. Given the military and economic crises of the era, Congress extended unprecedented power to the president to act in the best interest of a nation at war. For example, President Roosevelt used his executive authority to seize factories, mines and other privately owned industrial facilities for wartime production [source: Contrubis]. As World War II drew to a close, Congress began to rein in the sovereign powers of the presidency.

The most significant episode in the post-World War II history of executive orders came during the presidency of Harry Truman. We'll talk about this controversial order — and the landmark Supreme Court decision that followed — next. 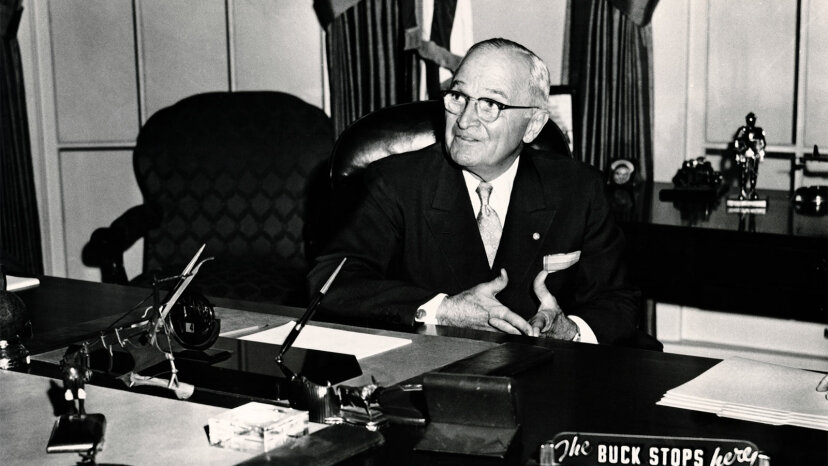 President Harry S. Truman sits in the White House library, with "The Buck Stops Here' placard in the foreground, circa 1950. Truman was the author of a game-changing executive order. Fotosearch/Getty Images

In 1952, President Truman was leading the nation through yet another war, this time in the Korean Peninsula. During war, the price of critical raw materials like steel is usually fixed [source: Paulsen]. Because the price of steel was unnaturally low, steelworkers weren't receiving their normal wages and raises. The result was a major labor dispute in the steel industry that threatened to cut off the steel supply in a time of war.

On the eve of a nationwide steelworkers strike, Truman decided to invoke his presidential authority and issue an executive order for the federal government to seize control of the nation's steel mills. The mill owners immediately sued to block the seizure and the case of Youngstown Sheet & Tube v. Sawyer made it all the way to the Supreme Court.

In a 6-3 ruling, the Supreme Court rejected Truman's executive order as unconstitutional [source: Paulsen]. For the first time, the judiciary imposed a limit on executive authority, stating that the power to issue executive orders must come from an act of Congress or the Constitution itself [source: Contrubis].

In Truman's case, he had the authority to delay a strike for 60 days under the Taft-Hartley Act, a provision known as a "cooling off period." But instead, he chose to seize the mills using an executive order — an act not unlike President Roosevelt's seizures of factories and mines during World War II. Unlike Roosevelt, however, Truman was an unpopular president fighting an unpopular war, so he wasn't given as much free rein [source: Paulsen].

The Youngstown decision was critical because it established a standard for the exercise of executive power. In his concurring opinion, Justice Robert H. Jackson described three different situations and three corresponding levels of presidential authority:

The Supreme Court rejected Truman's seizure of the steel mills because it was incompatible with the expressed will of Congress in the form of the Taft-Hartley Act.

Now let's fast-forward to look at more recent controversies over executive orders and the limits of presidential power. 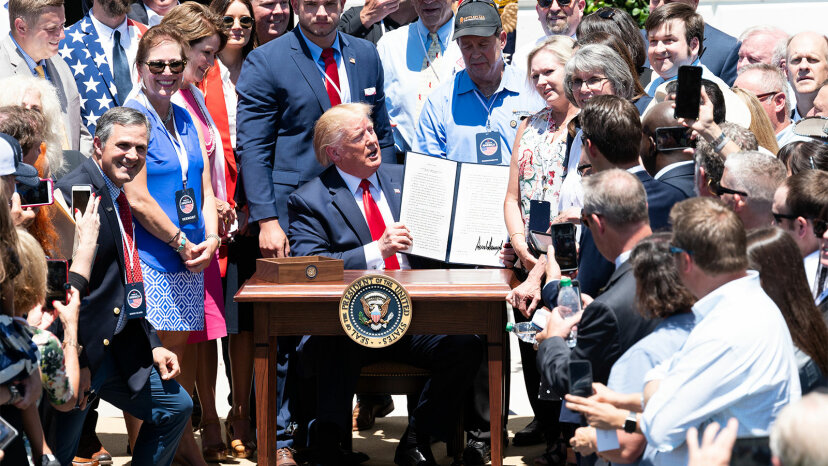 President Donald Trump signing an executive order on maximizing use of American goods at the 3rd Annual Made in America Product Showcase near the South Lawn of the White House in Washington, D.C., July 15, 2019. Michael Brochstein/SOPA Images/LightRocket via Getty Images

Executive orders offer a powerful and immediate way for a president to advance his policy priorities. A White House aide to President Bill Clinton described the lure of executive orders this way: "Stroke of the pen, law of the land" [source: Bennett].

President George W. Bush issued several controversial executive orders surrounding the gathering of intelligence in the war on terror. Arguably the most controversial was a secret executive order he signed in 2002, authorizing the National Security Agency (NSA) to eavesdrop without a warrant on phone calls made by U.S. citizens and others living in the United States.

On his very first day in office, President Obama signed three executive orders to draw a clear distinction between the policies of his administration and his predecessor's. One of the orders essentially banned the use of "enhanced" interrogation techniques like waterboarding and instructed the CIA and the armed forces to strictly follow the interrogation procedures outlined in the Army field manual [source: CNN]. The most controversial executive order called for the closure of the Guantanamo Bay detention facility within a year, which ultimately failed to happen.

President Trump signed 55 executive orders in his first year in office — more than any president since Lyndon Johnson — including directives for building his promised 2,000-mile (3,218-kilometer) wall along the border with Mexico and attempts to dismantle the Affordable Care Act. Ironically, Trump had previously criticized Obama for signing executive orders, seeing them as an end-run around Congress [source: Cellizza and Petulla]. By the end of his four-year term, Trump had issued 220 executive orders; Obama issued 276 over eight years of office [source: Federal Register].

The most controversial of Trump's early executive orders banned citizens of certain majority Muslim countries from entering the U.S., but was struck down by the courts and amended to only a proclamation. Other executive orders reversed Obama-era policies related to the environment, civil rights and immigration, angering Trump's critics. However, a large number of Trump's executive orders did not change things much. In March 2019, the L.A. Times reviewed the 101 executive orders that Trump had signed since taking office. It found that "few moved policy significantly; generally the orders created committees or task forces, demanded reports or pressed for enforcement of existing laws" [source: Bierman].

Did all these actions require executive orders? Probably not but, as a former Clinton staffer told the L.A. Times, "it makes for a good show." The White House responded that the formality of an executive order, with a signing ceremony and the attention of the media, can draw more attention to a situation than it would otherwise receive [source: Eilperin and Cameron].

In the first month of his presidency, President Joe Biden has issued more than 42 executive orders. Among them: a mask mandate on federal government property; a memorandum to keep Deferred Action for Childhood Arrivals (DACA), the Obama-era program that shielded people who came to the U.S. illegally as children from deportation (Trump had issued an executive order to reverse DACA); a halt to the building of the wall on the border with Mexico; and a rescinding of the so-called Mexico City Policy, which bans U.S. government funding for foreign organizations that perform or promote abortion. The latter has been instituted by every Republican president since Ronald Reagan and reversed by every Democratic president since then, usually at the beginning of their presidential terms [sources: Madhani; CNN].

As you can see, one of the drawbacks of issuing executive orders is that they can easily be changed by a president's successor. Biden issued nine executive orders on his first day in office, the most of any president in history [source: Thrower]. Whether he becomes a record-setting issuer of executive orders by the end of his presidential term remains to be seen.

Before researching this article, I might have supported the political worldview that presidents don't really matter. There are so many players in the global political landscape — Tea Party activists, Middle East dictators, European socialists — that how much difference could one man (or woman) make? A lot, it turns out. Not only is the U.S. president a highly visible representative of American interests abroad, but he leads the political conversation at home. Executive orders, while not mentioned in the Constitution, have become an effective means of direct executive influence. Of course we love executive orders when our candidate is sitting in the Oval Office and we hate them when it's the other guy. So ask me again in four more years. 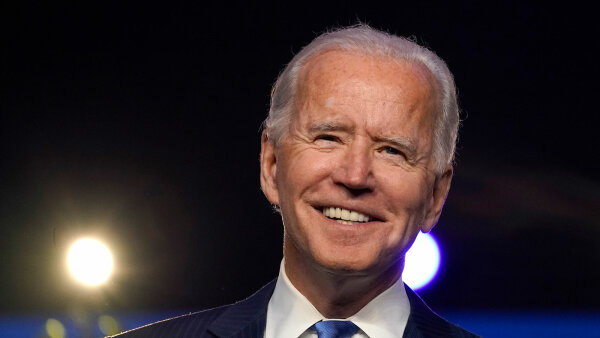 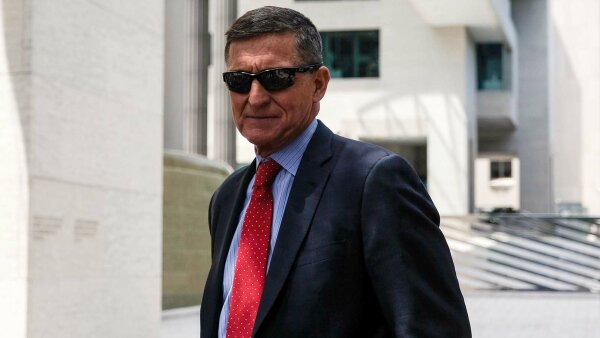