It's an unthinkable scenario, but it's happened time and time again: People born in the United States are treated as national security threats. In late 2018, for example, The Washington Post reported on the story of Peter Sean Brown, a Philadelphia-born citizen who says U.S. Immigration and Customs Enforcement (ICE) held him for deportation to Jamaica. The same article cited a 2013 Syracuse University study that determined ICE had placed detainers on 834 U.S. citizens over just a four-year period.

And while ICE-related incidents have made headlines in our post-9/11 society, the issue at heart has recurred throughout the country's history. Case in point: the incarceration of Mitsuye Endo. Born in Sacramento, California, in 1920, Endo was one of four children born to Japanese immigrants. In her early 20s, Endo worked as a secretary for the state's Department of Employment.

But life as Endo knew it changed dramatically on Dec. 7, 1941 — the day Japan attacked Pearl Harbor. Within a few months, the U.S. dismissed all Japanese-American state employees, including Endo. Of the hundreds of employees affected, 63 banded together to challenge the firings. Backed by the Japanese American Citizens League (JACL), Endo and her peers hired attorney James C. Purcell to defend their rights.

But fighting against the prevailing authoritative rule wasn't easy, and as Purcell took on the case, circumstances continued to worsen for Japanese Americans. In fact, at the order of President Franklin D. Roosevelt, more than 120,000 Japanese Americans were forcibly relocated and incarcerated. Along with her family, Endo was sent first to the Sacramento Assembly Center and then to the Tule Lake, California internment camp.

"I wish people knew more about Mitsuye Endo Tsutsumi and her lawyer, James Purcell," says University of California Berkeley School of Law professor, Amanda L. Tyler. "They are both extraordinary figures." Tyler has written extensively about Endo, both in her book, "Habeas Corpus in Wartime: From the Tower of London to Guantanamo Bay," and in a 2016 op-ed for The Sacramento Bee titled, "Unsung WWII hero deserves the Medal of Freedom." "Ms. Endo was summarily fired from her job as a California State employee, forced to leave her home, sent to two different internment camps, eventually separated from her parents, and all the while her brother was serving in the United States military," Tyler says.

Roosevelt's extreme measure is known as Executive Order 9066, a World War II policy that prescribed "regulations for the conduct and control of alien enemies." As Purcell built a case against the government's actions, he began searching for a plaintiff to challenge the incarceration through a habeas corpus petition.

Dating back to 1215, habeas corpus is a court order that empowers individuals (and/or those representing them) to dispute the legality of their imprisonment. Purcell decided Endo was an ideal candidate — not only was she a Methodist citizen with a brother in the U.S. Army, but she'd never even been to Japan. While she initially hesitated to act as plaintiff, Endo eventually agreed, and Purcell filed the petition on July 12, 1942, in a San Francisco federal district court.

"During the course of her case, the government realized that it posed a serious challenge to all the policies directed at persons of Japanese ancestry that the military instituted under the auspices of Executive Order 9066," Tyler explains. "So the government offered her release in order to make her case effectively go away." The circumstances weren't sufficient for Endo, however, who didn't feel her own freedom was the ideal outcome in a much larger societal issue. "She resisted, in her words, because '[t]he fact that I wanted to prove that we of Japanese ancestry were not guilty of any crime and that we were loyal American citizens kept me from abandoning the suit,'" Tyler says.

Endo remained in confinement for months as her case progressed. When it eventually reached the Supreme Court in April 1944, the Court unanimously ruled in favor of Endo, stating that "the government cannot detain a citizen without charge when the government itself concedes she is loyal to the United States." While Endo's unwavering commitment to the larger cause was certainly central to the eventual outcome, Tyler credits Purcell for his tireless efforts. "He recognized the serious constitutional problems with what the government was doing and he felt compelled to use his skills to give a voice to a community that was unfairly targeted and unconstitutionally treated during the war," she says. "I have heard many survivors of the camps refer to Mr. Purcell as 'the man who set us free.'"

According to Tyler, the case has left more of a cultural legacy than a legal one. "Endo's case is not so significant for the precedent that it set, because it was decided very narrowly on non-constitutional grounds, but it is instead enormously significant for being the driving force behind the closing of the Japanese-American internment camps," she says. "In the lead up to the decision coming down, President Roosevelt had resisted pressure from advisers to close the camps. After the 1944 election and upon purportedly being tipped off that the Supreme Court was going to decide in favor of Endo's claim that she could not be detained in the camps as a concededly loyal citizen, the administration changed course and proclaimed that it would begin closing the camps. The day after making that announcement, the Supreme Court handed down its decision in Ex parte Endo."

How It Applies Today

"The larger relevance of all the Japanese American cases that went before the Supreme Court during World War II, to my mind, is that they show how dangerous deference to the executive in wartime can be," Tyler says, referring to the ongoing argument over whether the judiciary branch of government (the Supreme Court and other federal courts) should yield all decisions about national security to the executive branch (the president, vice president and cabinet).

In a 2018 USA Today op-ed, Tyler referred to Japanese American internment as a "cautionary tale" for President Trump's proposed travel ban. "This connects to modern day because it means that the Court should be hesitant to defer to the executive with respect to assertions about the needs of national security as a blanket matter."

To underscore her point, Tyler refers to the Supreme Court's decision last year to overturn the 1944 ruling in the case of Korematsu v. United States, in which American citizen Fred Korematsu refused to leave the West Coast following President Roosevelt's executive order and was subsequently convicted of disobeying a military order. While the ruling was technically overruled in "dicta," meaning it may hold more symbolic value than actionable impact, Tyler says it's still a meaningful move.

"Had the Court in Korematsu, among other cases, actually asked to see a factual basis supporting the need for the policies that were put in place by the military under Executive Order 9066, the government could not have provided any evidence," she says. "This fact and the Court's recent overruling of Korematsu — albeit in dicta — should give pause to any court inclined to take the executive at its word when individual rights are at stake."

While the U.S. continues to face complex issues around national security, immigration, citizenship and ingrained institutional prejudices, many continue to look to Endo and Turcell as trailblazers. Following the landmark case, Purcell went on to work on a number of Japanese immigration lawsuits and practiced law into his 80s. Although she kept a low profile for the remainder of her life (apparently her own daughter didn't know about her historic impact until she was in her 20s), Endo continues to be an important figure in the continued fight for fair and equal rights.

Now That's Interesting
After her release, Endo moved to Chicago where she took a position as a secretary for the Mayor's Committee on Race Relations and married Kenneth Tsutsumi, who she'd met in camp. The couple had three children together.

Phineas Parkhurst Quimby: The Mind Can Heal the Body

Is Godzilla a Dinosaur? 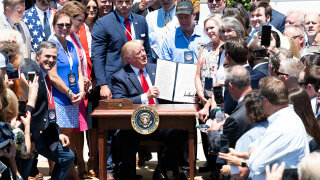 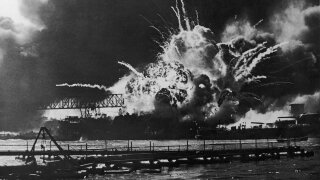 Pearl Harbor Attack: What Led to It and What Was the Aftermath? 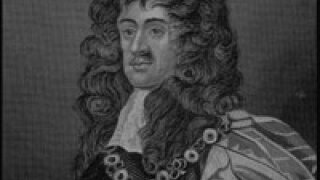