Breeding and Training a Fighting Dog 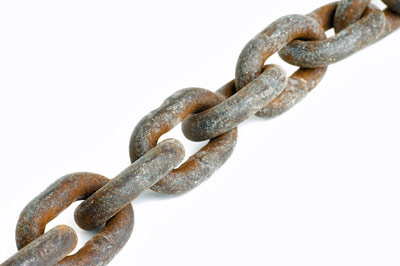 As we point out repeatedly on previous and subsequent pages of this article: Dogfighting is a cruel practice, and it is a felony in every state of the United States and in many other nations around the world. But this is not just because of the actual fights. The process of raising and training fighting dogs is also cruel and harmful to animals.

The specific breeds used in dogfighting are usually American pit bull terriers, Staffordshire bull terriers, American Staffordshire terriers and bulldogs. Due to frequent interbreeding, these dogs are often referred to simply as pit bulls. The animals used in dog fights have specifically been bred over generations to enhance aggressiveness. In fact, an official statement from The Humane Society of the United States said that breeders take advantage of pit bulls’ inherent loyalty to make them more aggressive with outsiders and other dogs [Source: The Humane Society of the United States]. Sometimes larger dogs, like Presa Canarios, are used or are crossbred with other fighting dogs.

Taking a dog from birth to fully trained for fighting can take two years. The animals are often acquired from a pound, shelter or adoption agency. Top breeders sell puppies from a successful bloodline for more than $1,000 each. Floyd Boudreaux, considered the biggest figure in dogfighting for several years, sold his dogs for up to $10,000 [Source: The Humane Society of the United States].

These dogs are not allowed to live normal lives. Instead, they spend their time chained in place, training or fighting. They often live in small cages and in filthy conditions. Handlers use extraordinarily heavy chains to hold dogs in place, frequently adding weights to them, all with the purpose of increasing a dog’s upper-body strength. Dogs are kept close to each other, but just out of reach in order to increase their antagonism.

Professional dogfighters carefully structure training regimens. Food and nutritional intake are meticulously measured. Some trainers give dogs steroid injections and supplements. To build endurance, dogs are forced to run on treadmills and to swim in pools, sometimes for hours. Trainers keep detailed records of their dogs’ exercise and feedings.

To enhance aggressiveness, the animals are frequently beaten and antagonized. They may also be starved. As part of training, handlers will take cats or rabbits, often stolen, and use these animals as “bait.” These bait animals are tied up while the dog is restrained, or they’re put in a small enclosure with the dog. After training with the bait, the handler unchains the dog and allows him to kill it.

Handlers make their dogs tug on hanging objects, like tires, to increase jaw strength. Some handlers file their dogs’ teeth to be as sharp as possible so that maximum damage can be inflicted.

A “roll,” a dog’s first fight, takes place when the dog is around 15 months of age. This test run between two dogs lasts about 10 minutes and allows handlers to measure each animal's demeanor. A dog that’s deemed a non-prospect may be neglected, abandoned or killed.

A second test fight occurs at around 19 months of age. If it’s successful, the dog will be scheduled for “the show,” which we’ll look at on the next page.­