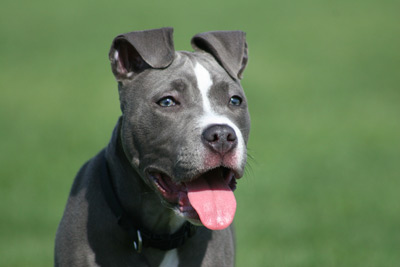 The involvement of NFL quarterback Michael Vick in a dogfighting ring and his subsequent prison sentence created a stir, even prompting some jurisdictions to pursue tougher legislation against dogfighting. Dogfighting, with its accompanying images of mutilated and bloody dogs, rouses strong passions, but many people don't know the reasons why this illegal activity exists or just how widespread it is. In this article, we'll take a look at the brutal world of dogfighting, including how dogs are trained, what occurs in a dogfighting match, the penalties of dogfighting, and why both animal rights organizations and police officers think that dogfighting represents a national epidemic in the United States.

It's important to make clear that dogfighting, while sometimes referred to as a "sport," is illegal across the United States and in many countries around the world. Training of fighting dogs involves cruel and inhumane practices, and is itself illegal in most states. These fights are much different than a scuffle that a couple of dogs might get into on the street. Those kinds of fights usually end quickly and without serious injury. An organized dogfight, on the other hand, is the product of deliberate antagonism, harsh training and assault by human owners. In addition, other crimes and forms of violence accompany nearly every major dogfighting ring.

The figures on exactly how many people are involved in dogfighting vary, but experts agree that this $500 million industry is rising in popularity, especially in North Carolina and ]Virginia [Source: The Virginia-Pilot]. ABC News says that there are "20,000 to 40,000 dogfight spectators and participants in the United States" [So­urce:­ ABC News]. The Humane Society puts the number at 40,000 known dogfighting professionals [Source: CNN]; John Goodwin, an official with that organization, maintains a database of 20,000 names of possible dogfighters [Source: The Virginia-Pilot­].

Once confined to the South, dogfighting now involves people from a wide variety of backgrounds, with the most famous dogfighters and breeders enjoying global fame. The so-called "sport" is particularly popular in Eastern Europe, Russia and Central Asia. Crime syndicates in Russia and Italy profit from gambling operations centered around dogfighting. Certain famous rappers and athletes have been linked to dogfighting. The music video for Jay-Z's song "99 Problems" shows dogs preparing for a fight, while DMX raps about dogfighting. NBA player Qyntel Woods once abandoned a pit bull that appeared to have been involved in dogfighting. Even Nike alluded to dogfighting in a TV commercial, showing two dogs seemingly gearing up to fight. These days, dogfighting involves people of all stripes, old and young, rich and poor, urban and rural. One notable case involved a female cancer researcher with a Ph.D. in zoology [Source: Independent Weekly].

The Internet has played its own part in the spread of dogfighting in that it allows breeders to link up with clients and fans online and to exchange videos. Dogfighters publicize events online. Trainers learn about new training methods and wound treatment and buy equipment online. The ease of use of online video means that some handlers now broadcast fights on Web sites, allowing people to bet without even attending the fight.

On the next page, we'll look at the history of dogfighting and the different breeds of dogs used in it.­­­­­­­­­