by Lance Looper
NEXT PAGE 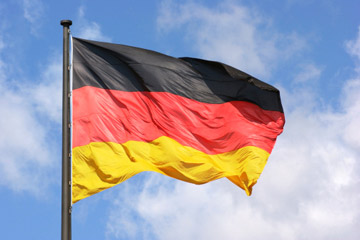 German culture: It gets around.
iStockphoto/Thinkstock

Nineteenth-century philosopher Friedrich Nietzsche said, "You have your way. I have my way. As for the right way, the correct way, and the only way, it does not exist" [source: Wicks]. Nietzsche built his reputation on challenging traditional moral subscriptions, but right or wrong, it's hard to argue with this statement. And being German, Nietzsche may have been on to something. Germans have a wide variety of traditions, and this article provides a glimpse of how such varied traditions and customs can be seen in everything from food to music to dress.

Historians disagree on Germany's origins, but we do know that in the year 911, the Bavarians, Franks, Swabians and Saxons formed the Kingdom of Germany [source: Kitchen]. Shortly after this convergence, Otto the Great took over the throne from his father and steered Germany to becoming the premier European power.

These disparate people groups created a melting pot of ideals and traditions that would turn into one of the most influential cultures in the world. America in particular has benefited from the influence of Germany, and the footprints of German settlers endure. The first German immigrants made their way to America in 1608 and settled in Jamestown, the first successful English settlement in the New World [source: National Park Service]. Over the next century, more and more Germans would leave their home in search of new opportunities, land and religious freedom. One of the first predominately German settlements in the United States was Germantown, a few miles north of Philadelphia, where settlers began building Germany's reputation for producing quality goods and services in fields ranging from carpentry to fashion [source: Callard]