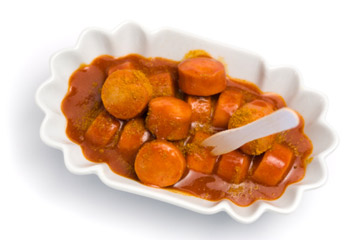 The varied geography of Germany, which includes coastal plains, high-altitude mountains and thick forests, shaped an interesting culinary landscape. Early farmers had to grow what was suitable to the land, which limited their choices since they didn't have the flexibility to rotate crops the way growers in more forgiving regions could. This, combined with long winters and short harvest seasons, put an emphasis on hearty grains including barley, wheat, and hops. From these ingredients, this region started brewing beer in around 800 B.C. and Germany's long, rich history as brewmasters began [source: German Beer Institute].

But that's not to say the land did not provide. An abundance of water both from snowmelt in the Alps and a network of rivers working their way through the land toward the North Sea, were ideal for grazing animals. Wild game and domesticated livestock including cattle and goats supplemented their early diet until more advanced farming and irrigation techniques were developed and a wider variety of crops, potatoes in particular, became accessible.

At the height of the Roman Empire, several settlements cropped up as far north as the Danube River, which crosses the southern portion of modern-day Germany. This opened up important trade routes that introduced spices, fruits, and vegetables that until then were exotic to the area.

Modern German food reflects these early influences with an emphasis still on basic, hearty meals -- the meat and potatoes of European fare. This is particularly true in the northern region. In the south, influences from Italy and France have colored German cuisine where pasta is often substituted for potatoes.

Perhaps it's this lack of variety that makes Germans so inventive. For example, few things are held in the same esteem in Germany as sausage. There are more than 1,500 varieties and the average German consumes nearly 70 pounds (31.75 kg) of the stuff every year [source: German Foods North America].

And if you think they take sausage seriously, consider the venerable wiener schnitzel. This dish originated in Austria and is pretty simple. It consists of a veal fillet or some other thin, boneless cut of meat that is breaded and fried. Typically served rare in Europe, Americans prefer it thoroughly cooked. But the most interesting thing about schnitzel isn't the food itself, but how protective Germany is over its use. In Austria it is a matter of copyright law that schnitzel made from pork must be referred to as Wiener Schnitzel vom Schwein so it is not confused for its pork predecessor [source: Hassani]. How's that for patriotism!

Hungry yet? In the next section we'll take a look at some German fashions that may be useful for hiding the extra pounds you gained on this page.

German chocolate cake is actually named for Sam German, the American who invented a dark baking chocolate when he worked for the American Baker's Chocolate Company in 1852. But Germany has been instrumental in the advancement of dessert technology, with contributions that include the Gummi Bear, spicy gingerbread and stollen, which is similar to fruitcake.