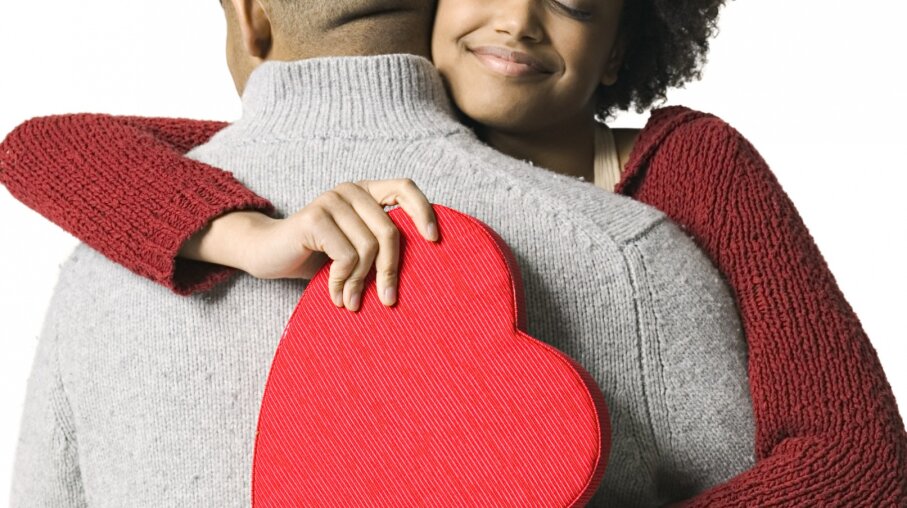 Can a heart-shaped box of chocolates come through when Cupid's arrow misses the mark? Thinkstock

Esther Howland, the woman who produced the first commercial American valentines in the 1840s, sold a then mind-boggling $5,000 in cards during her first year of business. The valentine industry in the United States has been booming ever since. Today, over 1 billion valentine cards are sent in this country each year -- second in number only to Christmas cards, according to the Greeting Card Association. (The happy day is also celebrated in Canada, Mexico, the United Kingdom, France and Australia.)

Around 85 percent of all valentines are purchased by women. In addition to cards, there are millions of boxes of chocolates and bouquets of roses purchased (mostly by men) for the February 14 holiday.

The origins of Valentine's Day are shrouded in mystery. According to University of Notre Dame Professor Lawrence Cunningham, scholars have two main theories to explain how February 14 became synonymous with romance:

There's also some controversy regarding Saint Valentine, for whom the famous day is named. Archaeologists, who unearthed a Roman catacomb and an ancient church dedicated to St. Valentine, are not sure if there was one Valentine or more. Today, the Catholic Church recognizes at least three different saints named Valentine or Valentinus, all of whom were martyred on February 14 -- at least two of those in Italy during the 3rd century. The most popular candidate for St. Valentine was a 3rd century Roman priest who practiced Christianity and performed secret marriages against direct orders from Emperor Claudius II, who believed single soldiers were more likely to join his army. Legend has it that Valentine sent a friend (the jailer's daughter) a note signed "From Your Valentine" before he was executed on February 14 in 270 A.D. (That phrase is still used prominently on today's cards!)

Early Christians were happier with the idea of a holiday honoring the saint of romantic causes than with one recognizing a pagan festival. In 496 A.D., Pope Gelasius named February 14 in honor of St. Valentine as the patron saint of lovers. In 1969, Pope Paul VI dropped it from the calendar. However, the blend of Roman festival and Christian martyrdom had caught on, and Valentine's Day was here to stay.

Was there really a saint named Valentine?
HowStuffWorks

Verbal and singing valentines began to be replaced by written missives in Europe in the 15th century. The first written valentine is usually attributed to the imprisoned Charles, Duke of Orleans, in 1415. He reportedly passed the time by writing romantic verses for his wife. By the 16th century, written valentines were commonplace.

Early valentines were made by hand, using colored paper, watercolors and colored inks. These valentine styles, some still made today, included:

Cards decorated with black and white pictures painted by factory workers began to be created in the early 1800s; by the end of the century, valentines were being made entirely by machine. Sociologists theorize that printed cards began to take the place of letters, particularly in Great Britain, because they were an easy way for people to express their feelings in a time when direct expression of emotions was not fashionable.

Manufactured cards notwithstanding, increasingly beautiful handmade Valentines were often small works of art, richly decorated with silk, satin or lace, flowers or feathers and even gold leaf. And many featured Cupid, the cherubic, be-winged son of Venus, and a natural Valentine's Day "mascot." (If you'd like to read more about Cupid, take a look at Holidays.net: Cupid.)

Some of the more unusual valentines were created by lonely sailors during the Victorian era -- they used seashells of various sizes to create hearts, flowers and other designs or to cover heart-shaped boxes. 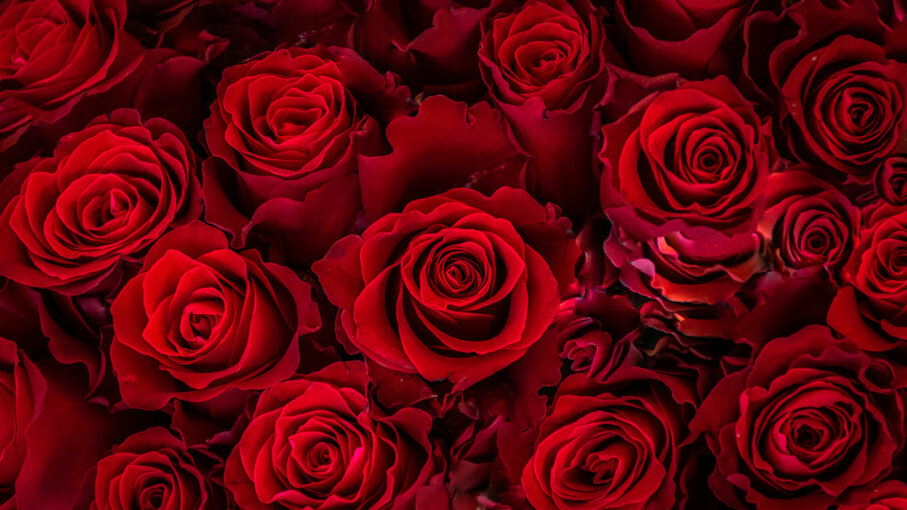 Roses (particularly red ones) are often given on Valentine's Day. sakchai vongsasiripat/Getty Images

It's not difficult to figure out the connection between the heart and Valentine's Day. The heart, after all, was thought in ancient times to be the source of all emotions. It later came to be associated only with the emotion of love. (Today, we know that the heart is, basically, the pump that keeps blood flowing through our bodies.)

It's not clear when the valentine heart shape became the symbol for the heart. Some scholars speculate that the heart symbol as we use it to signify romance or love came from early attempts by people to draw an organ they'd never seen. Anyway, here are some of the other valentine symbols and their origins:

How about the "X" sign representing a kiss? This tradition started with the Medieval practice of allowing those who could not write to sign documents with an "X". This was done before witnesses, and the signer placed a kiss upon the "X" to show sincerity. This is how the kiss came to be synonymous with the letter "X", and how the "X" came to be commonly used at the end of letters as kiss symbols. (Some believed "X" was chosen as a variation on the cross symbol, while others believe it might have been a pledge in the name of Christ, since the "X" -- or Chi symbol -- is the twenty-second letter of the Greek alphabet and has been used in church history to represent Christ.)

It became easier to mail valentines in the mid 1800s, when the modern postal service implemented the penny post. Until then, postage was so pricey that most cards were delivered by hand. 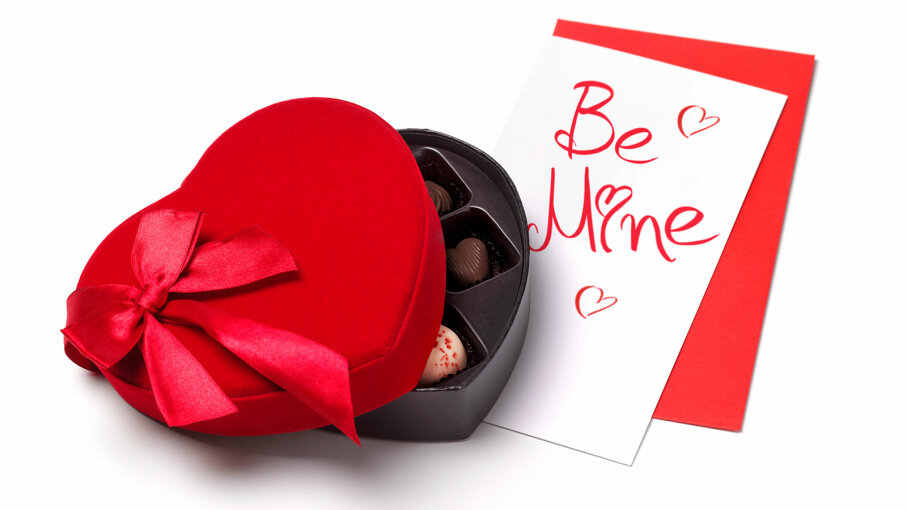 A variety of interesting Valentine's Day traditions developed over time. For example, hundreds of years ago in England, children dressed up as adults on Valentine's Day and went singing holiday verses from door to door.

In Wales, wooden love spoons, carved with key, keyhole and heart designs, were given as gifts.

The gift of flowers on Valentine's Day probably dates to the early 1700s when Charles II of Sweden brought the Persian poetical art called "the language of flowers" to Europe. Throughout the 18th century, floral lexicons were published, allowing secrets to be exchanged with a lily or lilac, and entire conversations to take place in a bouquet of flowers. The more popular the flower, the more traditions and meanings have been associated with it.

The rose, representing love, is probably the only flower with a meaning that is universally understood. The red rose remains the most popular flower bought by men in the United States for their sweethearts. In more recent years, people have sent their sweethearts their favorite flowers, rather than automatically opting for roses. Also making the list of valentine favorites are tulips, lilies, daisies and carnations.

Among early valentine gifts were candies, usually chocolates, in heart-shaped boxes. Companies like Godiva Chocolatiers have made high quality chocolate in artistic designs and elegant wrappings a traditional Valentine's gift.

Today, just about anything goes for a Valentine's Day gift, depending on the recipient's tastes. If you're trying to move away from the traditional flowers and candy, you can always consider giving anything from stuffed animals to the latest gadgets. 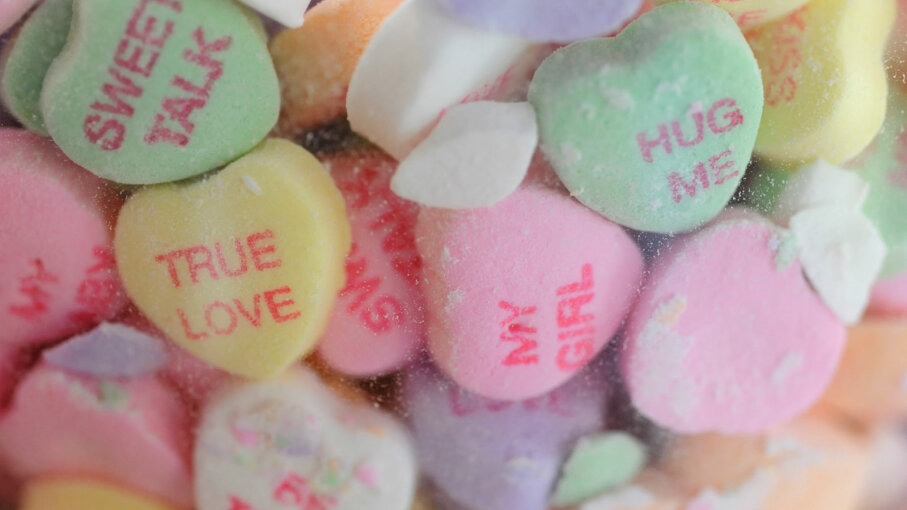 Apparently, gifts of chocolates and flowers haven't replaced carefully chosen cards on Valentine's Day. Since 1915, Hallmark, the undisputed leader of the greeting card industry, has manufactured cards to be mailed in envelopes. Founder Joyce Hall started selling greeting postcards from two shoe boxes as early as 1910. The Norfolk, Nebraska, teenager with the big ideas built a Kansas City business and global empire. Today, Hallmark makes a tremendously diverse range of cards in 30 languages and sells them in more than 100 countries.

Some people still make their own valentines. Most parents think these are the best kind.

The modern valentine card has become increasingly sophisticated, keeping pace with popular technological advances. For example, there are cards that let you record a romantic message, "scratch-and-sniff" cards and cards that play romantic music.

And of course, you can send e-mail valentines. Some sites even offer free use of their well-designed illustrations or cards. Valentine-themed gifs sent over text message are cute and fun for casual friendships. But for real romance, go with a paper card.