­Every year as Easter approaches, stores are filled with jelly beans, candy eggs, egg-coloring kits, bunnies of all types, and baskets for c­arrying all of this bounty. However, most of us know that Easter isn't simply a ­commercial festival about dyeing and hiding eggs or wearing new spring attire. Easter is the Christian observance of the crucifixion of Jesus Christ and his resurrection days later. It's the central festival of the Christian church and, after the Sabbath, it's the oldest Christian observance. ­

Unlike festivals such as Christmas, Easter has been celebrated without interruption since New Testament times. According to the Encyclopedia Britannica:

"...western Christians celebrate Easter on the first Sunday after the full moon (the paschal moon) that occurs on or next after the vernal equinox on March 21. If the paschal moon, which is calculated from a system of golden numbers and epacts and does not necessarily coincide with the astronomical full moon, occurs on a Sunday, Easter is the following Sunday."

­The U.S. Naval Observatory's Astronomical Applications Department says that Easter is determined by the "ecclesiastical moon" as defined by church-constructed tables to be used permanently for calculating the phase of the moon. This full moon isn't necessarily the same as the astronomical full m­oon. This means that Easter is not necessarily the Sunday after a full moon -- it could be the next Sunday after the ecclesiastical moon. This happened in 1876.

­Because of these calculations, Easter can fall between March 22 and April 25. This was decreed by Pope Gregory XIII in 1582 as part of the Gregorian calendar.

In New Testament times, the Christian church celebrated Easter when the Jews observed Passover. By the middle of the second century, Easter was celebrated on the Sunday after Passover. The Council of Nicaea decided in 325 A.D. that all churches should celebrate it together on a Sunday.

The Eastern Orthodox church may celebrate Easter up to a month later, since its calculation of the date is based on the Julian calendar, which is currently 13 days behind the Gregorian calendar. In 1865 and 1963, Easter observance in both Eastern and Western churches coincided.

In this article, we will explain the significance of the Easter holiday. We'll also explore the traditions behind it, including rolling -- and even throwing -- eggs.

How That Creamy Chocolate Is Made 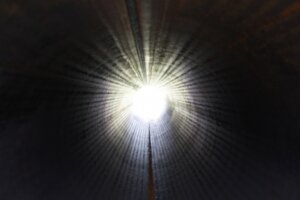 Has science explained life after death?