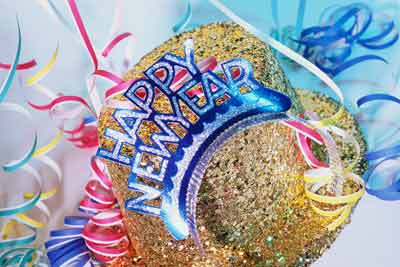 You know that song you hear every New Year's Eve? The one about not forgetting old acquaintances. Did you ever wonder what that phrase is in the chorus? Is it:

Actually, it's not any of these. On New Year's Eve, the most common song for most English-speaking people to sing is "Auld Lang Syne." Isn't it funny how it's possible to sing and hear a song so many times and have no idea what it means? And wouldn't it be funny if it meant "Big Pink Elephants"?

A good sub-question is, what language is it?

It turns out that "Auld Lang Syne" is an extremely old Scottish song that was first written down in the 1700s. Robert Burns is the person whose transcription got the most attention, so the song is associated with him.

"Auld lang syne" literally means "old long since" or, more conversationally, "times gone by." So (incorporating a couple of other translations) when we sing this song, we are saying, "We'll drink a cup of kindness yet for times gone by" [source: Herbert].

The song became associated with New Year's Eve when Guy Lombardo and his band played it at a New Year's Eve concert in 1929 that was broadcast on radio.