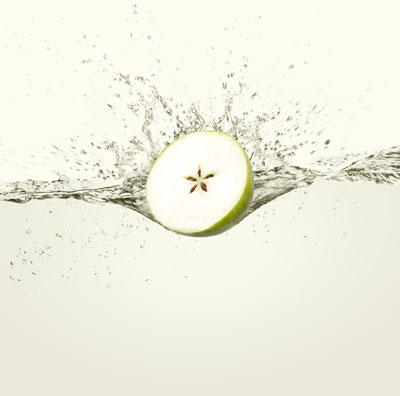 A pentagram shape is visible when you cut an apple in half.
Getty Images

All Hallows' Eve has long been a time to look into the future, and traditional festivities included several divination rituals. These come mostly from folk traditions from the British Isles, and many have their roots in the ancient Samhain festivities.

A lot of marriage divinations had to do with apples.­ In Celtic tradition, the fruit was associated with female deities who controlled the ways of love. This may have something to do with the inner structure of apples. When you slice an apple in two, you can see a pentagram shape (a star with five points) on each half, around the core. The pentagram was an important shape for the ancient Celtics, and many other cultures. Among other things, it was a Goddess symbol.

One of the most popular divinations was for young unmarried people to try to bite into an apple floating in water or hanging from a string. This is something like the bouquet toss that still plays a part in wedding receptions -- the first person to bite into the apple would be the next one to marry.

In another tradition, a young woman would light a candle and peel an apple in front of a mirror. While she was peeling the apple, her future husband would supposedly appear in place of her reflection. Peeling an apple was also a way to predict your life expectancy. If you could cut off one long peel, you would live to an old age. If you only cut a small piece of peel, you would die young.

In the next section, we'll look at some of the other modern traditions of Halloween, most of which evolved in the United States.