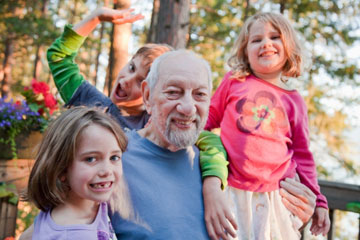 Generation gaps make sense: If you're about 50 years apart in age, you're bound to see the world a little differently.
Blend Images/Ronnie Kaufman/Larry Hirshowitz/Getty Images

It all started in the 1960s, the decade of revolutionary change that reshaped the Western world's attitudes about war, sex, religion and civil rights. The societal upheaval of the 1960s was ignited and fueled almost exclusively by the young. "Don't trust anyone over 30," was the motto of the hippie counterculture. It represented a clear sign that a serious ideological rift had formed between the Baby Boomer kids and their Depression-era parents. Social scientists gave it a name: the generation gap.

Generation gaps form when two age groups begin to see the world from significantly different perspectives. Generation gaps existed long before the 1960s -- in the early 19th century, political scientist Alexis de Tocqueville commented, "Among democratic nations, each generation is a new people." But they tend to emerge with greater frequency as the rate of societal change increases [source: Howe and Strauss]. For example, in the 1800s, chances were that your father's world looked a lot like your own. In the 21st century, even a short span of 20 years can bring radical changes in technology (and the way we use it), moral and religious beliefs, and attitudes about education, work, friends and family life.

Different generations not only have their own distinct worldview, but their own way of working and preferred methods of communication (veterans appreciate a phone call; Generation Y won't respond to anything but a text). Business managers have their hands full trying to negotiate the psycho-social quirks of four different generations. In the next section, we'll look at how the characteristics of each generation play out in the workplace.

Generation Gaps in the Workplace

There are four distinct generations in the workplace, each with its own worldview and its own work ethic. Some are fiercely loyal to the company, while others just want a steady paycheck. Here is a quick breakdown of each generation's attitude toward work, management style and preferred methods of communication:

Now let's look at some of the problems that can arise when generation gaps become obstacles to workplace communication and productivity. 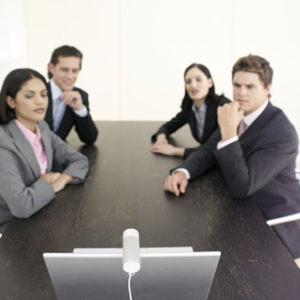 In the ideal intergenerational workplace, every team member brings the best qualities of his or her generation to increase overall productivity, improve creativity and boost morale. While it's too much to expect generation gaps to close overnight, there are some proven managerial techniques for building bridges across the generational divide.

One proven method is to launch official mentoring programs across the generations [source: Williams]. Both Baby Boomers and Generation Y put a high value on relationships, which is not surprising, since most Gen Yers are sons and daughters of "helicopter parent" Boomers. Boomers want the team to feel like a "family" and Generation Y wants to be surrounded by "friends." By becoming a mentor, the Boomer can capitalize on her experience (something she prizes) while the Gen Yer can get constant feedback about his ideas from someone he trusts (something he prizes).

A successful intergenerational workplace also needs to strike a balance between structure and independence. A clear leadership structure will satisfy the old-school expectations of the Veterans and Boomers while giving the Gen Xers and Yers a sense of authority they secretly crave. After that leadership structure is in place, break down all barriers of accessibility [source: Acebel Rousseau]. Younger generations need continuous feedback from their managers and want to know that they can knock on the CEO's door if they have a question.

Once a younger worker has been given an assignment, that worker should have the freedom and independence to work on it on his or her own time. Since younger workers crave feedback, older managers can be confident that they'll get updates from the workers soon enough.

One general rule for bridging generation gaps in the workplace is to drop the old rules altogether. Older workers especially need to forget about the established rules of communications that were seemingly written in stone: "Always return a phone call." "Always send a thank you note." "Always be available for the boss." Don't be offended when a co-worker breaks one of these "rules," because chances are he or she didn't know the rule existed [source: D'Adonno].

Along those same lines, get over the idea of fairness. A lot of older workers complain that the younger generations are coddled and haven't "paid their dues." Fairness is not as important as building successful workplace relationships in which everybody does his or her job better [source: Bloomberg Businessweek].

In the end, building a solid bridge requires that both sides meet each other halfway. If the older worker prefers phone calls and the younger workers texts, then compromise over e-mail. If the Boomer loves daily meetings and the Gen Yer likes to work from home three days a week, then sign up for Web conferencing. When everybody gets something he or she wants, everybody wins.

For lots more information on workplace dynamics, head to the links on the next page.