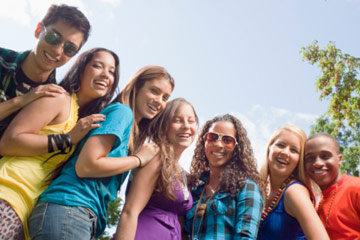 Generation Me is generally defined by its focus on individualism and belief in itself.
Shannon Fagan/Getty Images

Generations can be hard to define. We tend to combine huge groups of people into arbitrary categories based on the decades in which they were born and the presumably shared set of cultural traits that shaped their lives and experiences. Some generations are easier to pin down than others: Americans who fought in World War II (or who sacrificed and worked on the home front) are widely known as the Greatest Generation. The children born in the economic prosperity of that war's aftermath are called the Baby Boomers. Their children comprise Generation X, born in the 60s and 70s, who grew up in the 80s.

Who comes after Gen X? These people were born in the 1980s through the beginning of the millennium, and they're often called Generation Y or the Millennials. There doesn't seem to be a defining cultural characteristic that binds them together, however. With the possible exception of 9/11, no unifying, singular, generation-defining world event took place for them. Even the name "Generation Y" suggests this: They have no identity other than the fact that they came after Generation X.

Sociologists who study generational patterns have suggested that they do have a defining characteristic, however. They're not defined by a war or a depression. Instead, they're defined by a set of cultural attitudes that causes them to place tremendous emphasis on the rights and the power of the individual. Self-sacrifice for the greater good isn't their first impulse. Instead, they want to be seen as individuals with the freedom to make their own life decisions, unconstrained by societal concerns or traditions. They reject arbitrary authority and believe they have limitless potential, yet they feel stifled and cynical because the world doesn't always work they way they expect it to. Some call them selfish, others simply self-centered. As a result, they've taken on a new name: Generation Me.

At least that's what some sociologists say. Others are pretty sure that at least some of the negative attitudes of Generation Me are simply recycled feelings of antipathy toward a younger generation that show up again and again through history.

What makes Generation Me the way it is? Are these kids truly consumed by a focus on their own personal feelings, wants and dreams, or are they merely getting a rough treatment from an older generation always ready to look down on "kids these days?"

Characteristics of Generation Me

On the other hand, if you've met a lot of Generation Me people, or happen to be one, it's hard to deny an element of truth in the Gen Me identity.

What traits are associated with Generation Me?

Those traits present a simplified view of Generation Me. Of course, not every member possesses all of those traits. While some research has shown such traits to be valid, other research contradicts the view of Generation Me as being any more self-centered than any other young generation. Data shows that each generation throughout the 20th century was seen as being foolish and averse to hard work by the preceding generation. Furthermore, other studies reveal that Generation Me has a greater tendency than prior generations to do charity work or have long-term goals other than material prosperity.

What factors made these self-centered attitudes so prevalent in an entire generation? We'll talk about that next. 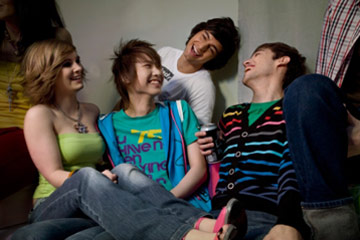