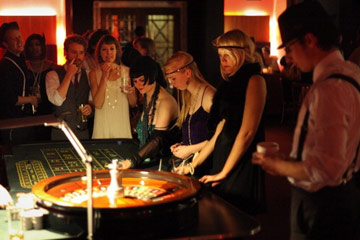 A tribute to the Roaring '20s and Prohibition at the Bloomsbury Ballroom in London, England. Wearing authentic costumes from America's prohibition period, guests dance the Charleston and play roulette much like those of the lost generation did.
Peter Macdiarmid/Getty Images

After the dust of World War I settled and the troops came home -- or didn't come home --it became evident that the world was changed forever. World War I ushered in a modern era of warfare with new fighting methods that affected an entire generation of young people.

New technology introduced during World War I shaped the way wars would be fought from then on. For the first time, tanks, airplanes and machine guns made their way onto the battlefield. These new technologies magnified the effects of war, both in terms of how war was fought, but also how war affected people. World War I had a devastating effect on the world in terms of lives lost, with over 37 million casualties [source: Infoplease].

Countries that were hit hardest by the war lost entire villages of men. Those who came home were profoundly affected by their war experience. Feeling cynical about humanity's prospects, they rebelled against the values of their elders, seeking debauchery instead of decency, and hedonism instead of ideology.

The generation born between 1883 and 1900 that came of age during this time became known as the Lost Generation. This moniker is credited to writer Gertrude Stein, who passed on her garage mechanic's words -- "You are all a lost generation" -- during a conversation with writer Ernest Hemingway [source: Coale]. Hemingway used this phrase in the epigraph of his book "The Sun Also Rises," and the name soon stuck.

The phrase "Lost Generation" is also used to describe the literary landscape of this era. After the war, American writers felt lost and aimless. Many flocked to Paris during the 1920s to escape their traditions at home. These expatriates managed to capture the zeitgeist of the time.

What were the attitudes of this Lost Generation? Let's take a look at how disillusionment manifested itself in a generation of youth.

Characteristics of the Lost Generation

The members of the Lost Generation were born at the turn of the 20th century, when the world was changing at a rapid pace. The automobile was making its mark on society, becoming a popular mode of transportation. The Wright Brothers took the first airplane flight. Sigmund Freud released his groundbreaking work, "The Interpretation of Dreams."

As this generation was coming of age, millions of immigrants poured into the United States, searching for a better life. With the competition for jobs and ever-increasing class distinction, the members of the Lost Generation became independent and self-sufficient, not looking to their elders for guidance.

World War I had a tremendous influence on this generation. It lasted many years, and by the time it had ended, millions of men had been affected by the horrors of battle, losing a sense of the values their parents had instilled in them. War had forced this generation to grow up quickly, and for those who'd spent years in the trenches, war was all that they really knew. After the soldiers returned home, governments started ignoring their heroes, which caused the veterans to become quickly disillusioned with government.

In fact, this generation became skeptical of all authority, especially now that their parents were pushing for Prohibition. After the war, the Lost Generation started exploring its own set of values, ones that clearly went against what their elders had already established. Through its rebellion, the Lost Generation came up with its own social mores that gave rise to the Roaring '20s, with its gangsters, speakeasies and hedonism. This self-indulgent spree came crashing to a halt when the stock market crashed in 1929, leaving this generation to navigate the Great Depression during what would be the high point of their careers.

Members of the Lost Generation were also nomadic. Many who had been to war no longer felt the need to return home, instead flocking to cities and even to Europe. Paris became one of the biggest outposts for expatriates, and it became a center for literary achievement of the day.

Let's take a look at some of these writers and how they captured the spirit of a generation. 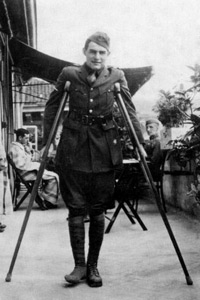