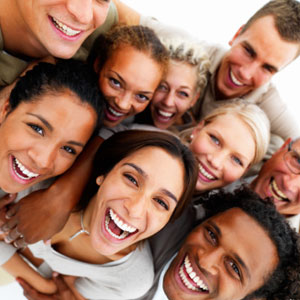 How do you define Generation X?
©iStockphoto.com/Yuri_Arcurs

When Gen-Xers were very young, they roamed unbelted across the backseats of their parent's cars -- child safety seats were optional. No one called 911 when they spotted kids alone in a vehicle. Unsupervised 10- and 11-year-old kids babysat their younger brethren. While their parents toiled at the office, latchkey Gen-Xers of the 1970s ranged freely, a herd of nomadic cyclists with sprinkler-damp hair, Popsicle fingers and playing cards threaded through the spokes of their bikes.

When Xers were teenagers, their parents bought the first home computers and marveled as kids learned to program in BASIC. Carbon paper was out; joysticks were in. Gen-Xers were the first gamers, the first kids to be weaned on cable TV, the first members of the MTV generation.

Born of unprecedented freedom into an era of infinite technological promise, Generation-X seemed, at first, to have been born into a golden age. Xers soon encountered some unease, however. As they became sexually active, AIDS appeared on the scene. As they graduated college, the 1987 stock market crash swallowed the job market. Then, the dotcom bubble burst in the mid-90s, and the jobs Gen-Xers had tried to create for themselves evaporated like smoke.

Some Xers traveled the world -- "Generation X" author Douglas Coupland dubbed this group the "poverty jet set." Some, like Kurt Cobain, started bands and created the soundtrack of a generation. Others lived in their starter apartments well into their thirties, playing video games and holding down menial jobs. Films like "Singles," "Reality Bites" and "Clerks" painted a picture of Generation Xers as overeducated underachievers, slackers and losers.

But is the image of lazy, grunge-y, plaid-wearing twentysomethings an accurate picture of Generation X? Behind the mass-media stereotypes, Gen-Xers were (and still are) quietly changing the world.

Jeff Gordinier, author of "X Saves the World," writes that Xers are "said to be the defiant demographic, dedicated to shredding whatever raiment the marketing apparatus tries to drape us in; because we'd prefer not to be categorized at all, thank you very much" [source: Gordinier]. Still, like other generations before them, Xers share a common past and certain characteristics. Here are just a few:

Citing YouTube, Google and other Gen-X triumphs as evidence, Jeff Gordiner writes that "GenXers are doing the quiet work of keeping America from sucking." While the media focuses on the challenges Baby Boomers face as they enter old age and the triumphs of young Millennials like Facebook's Mark Zuckerberg, the contributions of Gen-Xers go largely unreported.

Think you know all there is to know about Generation X? Some of these X-facts might surprise you:

Now that you've got your X-facts straight, explore everything else Generation X has to offer. You'll find related articles and lots more information after the jump.