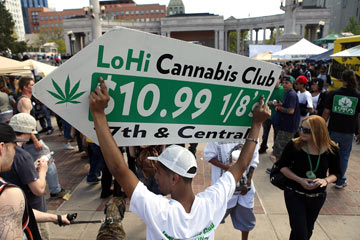 Javier Martinez uses a sign to advertise for LoHi Cannabis Club dispensary at an April 2012 rally for legalized marijuana in Colorado. In November, voters in that state approved a measure to legalize the drug. See more controlled substance pictures.
Marc Piscotty/Getty Images

If you were following U.S. election results as they rolled in Nov. 2012, chances are you saw some coverage about Colorado and Washington state both legalizing recreational use of marijuana. Jokes about the munchies aside, the laws in Colorado and Washington are groundbreaking because they mark the first states to fully legalize the drug, not just for medical purposes, but for general use.

State laws only govern the citizens within a particular state, but federal laws apply to all U.S. citizens. When state and federal laws clash, think of the federal law as the trump card. In theory, a state law that goes against federal law is null and void, but in practice, there's a bit more of a gray area. What it really comes down to is enforcement.

If a state defies federal law, but the federal government doesn't enforce its law in that state, is federal law really the trump card?

Because marijuana is a controlled substance, enforcement of the federal laws prohibiting it fall to the U.S. Drug Enforcement Administration (DEA), and so far the DEA has not taken any action in Colorado or in Washington [source: Smith]. Right now, that part of our nation's drug policy seems to be in limbo, and until the federal government decides how to handle marijuana legalization, it's unclear how things will play out in Colorado and Washington.

Marijuana legalization isn't the first area where a state has passed legislation that doesn't mesh with a federal law, and examining how those situations have played out might just give a little bit of insight into how the federal government might handle Colorado and Washington's marijuana legalization. 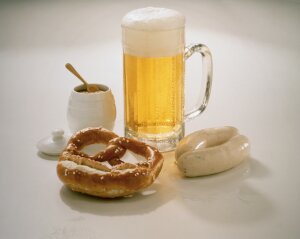 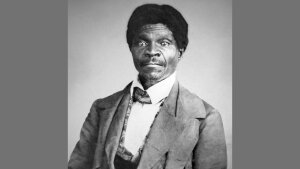 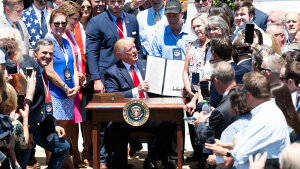