by Bernadette Johnson
Prev NEXT
1

President Nixon secretly taped conversations for posterity, but that practice ended up causing him all kinds of trouble. © Universal History Archive/Getty Images

The granddaddy of all audio recording scandals involved the 37th President of the United States, Richard Milhous Nixon. President Nixon secretly taped meetings and phone conversations that took place in the White House and other locations starting in 1971. All in all, he taped around 3,700 hours of conversations, apparently intended for posterity, and for the most part without the knowledge of the other people involved in the meetings.

In June 1972, several burglars were caught breaking into the offices of the Democratic National Committee at the Watergate Hotel in Washington, D.C., attempting to plant bugs. Two other men, G. Gordon Liddy and E. Howard Hunt, apparently led them via walkie-talkie from a nearby building. Several of the men, including Liddy, Hunt and James McCord, had connections to the Nixon re-election committee. All either pled or were found guilty of the break-in. Liddy and Hunt were also responsible for an earlier break-in of the office of the psychiatrist of Daniel Ellsberg, the Vietnam strategist who leaked the Pentagon Papers exposing lies that led the U.S. to war. This group of White House-affiliated burglars were dubbed "plumbers" for their utility in fixing leaks. Washington Post journalists Bob Woodward and Carl Bernstein covered the Watergate break-in story with the help of multiple sources, including the one dubbed "Deep Throat," who in 2005 was revealed to be a former high-ranking FBI official, Mark Felt.

After the Watergate incident was potentially linked with the White House, two government investigations were launched, one led by a special prosecutor Archibald Cox, and another, the Senate Watergate Committee, led by North Carolina Senator Sam J. Ervin, Jr. In July 1973 during the Senate hearings, Alexander Butterfield, former appointment secretary to the president, revealed the existence of the tapes, after which Nixon stopped taping. The two investigative bodies requested the Nixon's recordings, but the president denied, citing executive privilege. He eventually gave them edited transcripts, which were damning enough on their own, but he continued to refuse to hand over the actual tapes and to deny any wrongdoing, including uttering his famous "I am not a crook" line.

Nixon's lawyers had to disclose that 18 and a half minutes were missing from one of the tapes, ostensibly accidentally erased -- at least in part -- by Nixon's loyal secretary Rose Mary Woods. In July 1974, the Supreme Court voted unanimously that Nixon had to hand over the tapes, and shortly thereafter impeachment proceedings began against him for obstruction of justice. The tapes did reveal shenanigans. The so-called "smoking-gun" tape contained a conversation from mid-1972 that proved Nixon was involved with the cover-up over Watergate from the beginning, rather than having just learned of it in March 1973 as he had maintained. Rather than face inevitable impeachment, Nixon announced his resignation on Aug. 8, 1974, two and a half years into his second term. He was the first U.S. President to resign. Vice President Gerald Ford became President, and a few weeks later granted Nixon a full pardon, despite the fact that no criminal charges were ever lodged against him.

Segments of the tapes have been released periodically over the years, and often reveal controversial revelations and language. The Watergate incident, aside from felling a president and making us all super cynical about politicians, also led many subsequent scandals to suffixed with "gate."

Because with the ubiquity of cell phones, not to mention security cameras, it is quite possible for any of us to be caught on tape at any time. It's pretty easy not to commit the obvious crimes, save speeding (although there are so many laws that we may accidentally be committing smaller infractions regularly). But embarrassing moments are harder to guard against. And there is no telling what conversations could be taken out of context, like Job's, "I killed Earl Milford." I've caught myself and friends discussing video game kills in crowded places like they were real. What must the nearby families have thought of us? Now they could just take out their smartphones and start recording.

Many of these famous cases were sting operations or clandestine recordings made for the purpose of catching someone in a crime or lie. And your average Joe is unlikely to catch the attention of a news outlet. But any of us can have our most awkward moments plastered on YouTube or Facebook. I'd say we should start moderating our actions and comments like politicians and celebrities, but that doesn't seem to be working out so well for them, either. 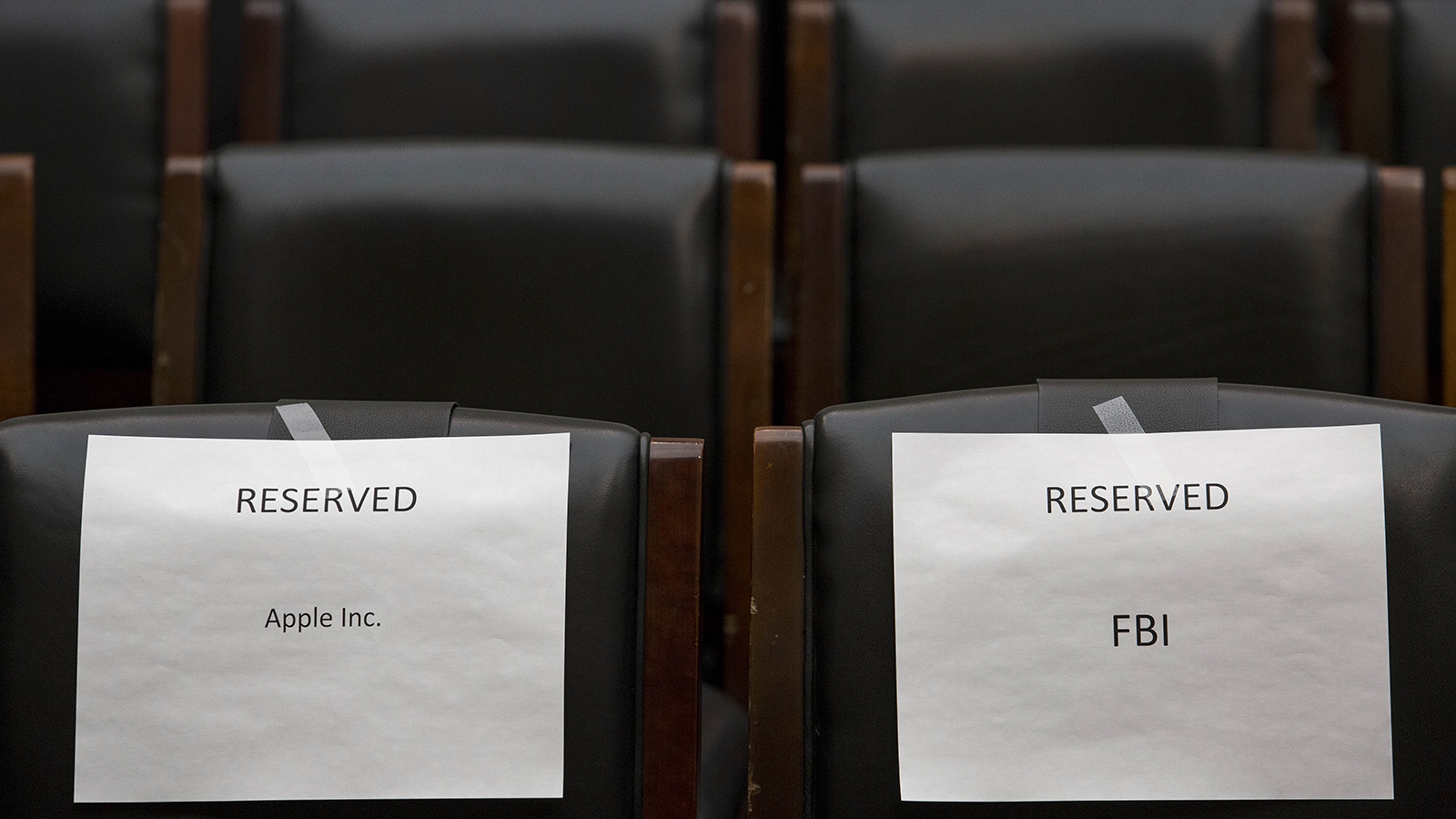 Is there a way to have encrypted devices and grant law enforcement access? HowStuffWorks explores the complicated issue.