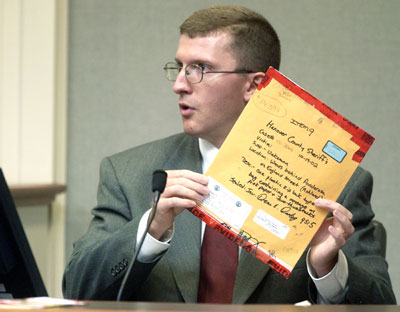 Brendan Shea, a DNA expert with the FBI, holds an evidence bag during his testimony in the trial of Washington area sniper suspect John Allen Muhammad. When is a piece of evidence not allowed?
Dave Ellis-Pool/Getty Images

One of the most common forms of relaying gossip or scandalous information is the "h­e said, she said" method. The danger of this practice, of course, is the potential for unreliability: The person telling a story wasn't actually present when the story was unfolding. O­ften, a story can pass around a circle of friends and end up as a mangled form of the truth.

It's a lot like the game "Telephone." In a circle of players, one person whispers a sentence to a neighbor. The neighbor attempts to whisper the same sentence to the next player and so on until the phrase finally reaches its original source. The point of the game is to compare the original sentence with its final version, and chances are the two are quite different. If you've ever played, you might understand the delicate nature of the spoken word and how unreliable hearsay can be.

­Gossip may be fine in the office or at school, but it's a different matter in the courtroom. When lawyers need to convince a judge or jury of the truth or falsity of something, they often provide evidence to back up their claim.

Although almost anything can be considered evidence, whether or not a court gets to contemplate a statement or an object during a trial actually depends on a set of rules. In the United States, The Federal Rules of Evidence, set by Chief Justice Earl Warren in 1965 and made law by Congress in 1975, lay out what makes evidence admissible or inadmissible in court. Although states have their own, slightly different rules regarding evidence, they generally follow the federal guidelines.

What determines whether or not a jury can consider witness testimony? What is hearsay, and does it count in court? Find out what makes evidence inadmissible on the next page. 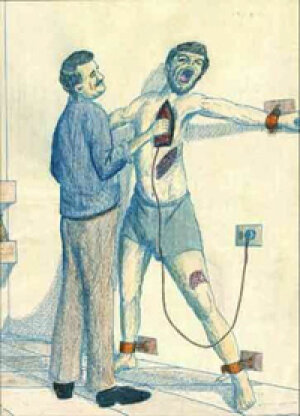 Is there really a torture manual?