by Christopher Hassiotis Oct 26, 2016
Donald Trump may be the most prominent Trump, but he's not the only one. James Porter/Spencer Platt/Mark Makela/Mark Wilson/Getty

As the 2016 presidential campaign enters its final stretch, Donald Trump has complained that media coverage of him has been unfair, and that the criticisms he's received from his opponent Hillary Clinton have been "very mean." But opening yourself up to public scrutiny is all part of running for office. Donald Trump, the real estate guy, television host and Republican nominee, literally signed up for all this. But guess who didn't sign up for all this? Everyone else in America whose last name is Trump.

Meet Jenna Trump, a 32-year-old real estate agent in Atlanta. She says sharing a surname with someone famous was once entertaining, but that changed when the famous person became a presidential candidate. "I have altered my response since the [Republican primary] election to where I no longer joke with potentially being related," she says. "It used to be kind of fun."

According to data from the 2000 census — surname data from the 2010 census isn't available — Trump is the 8,357th most popular surname in the United States, with only 3,640 people sharing the name. (Clinton, as the last name of 15,714 Americans, is almost four times more common.) The latest data from the Pew Research Center shows a country deeply divided when it comes to opinions of either candidate, and Donald Trump in particular elicits stronger reactions than does Hillary Clinton. And the strength of people's opinions about Trump and his campaign, whether positive or negative, is spilling over from the political arena into the day-to-day lives of ordinary people with the same last name. HowStuffWorks spoke with several via email, Facebook and phone to see how things have been going.

"I get a range of reactions, questions, conversations. However, probably the one that sticks out to me the most is going through TSA," says Jenna Trump. "The agent thought it would be funny to pronounce that he could not let me through which prompted a lot of awkward stares in which I had to reveal my last name and that I in fact was not a threat."

For one 41-year-old from Reading, Pennsylvania, being named Trump has had negligible impact on his life recently, though that's not the case for some of his younger relatives.

"It hasn't affected me at all," says Scott Trump, who works in commercial real estate. "But my niece has been bullied at school in Ohio because her classmates mimic what their parents are saying about Trump. They've called her names -- racist, liar, evil. She had a tough go for a little while. Her sister was in Greece on a class trip and one of the shop vendors wouldn't put her name on an order that she placed because they didn't want to even write 'Trump' on the ticket.

"I've been defriended on Facebook a couple of times because people don't want to be associated with a Trump," he says. "I'm sure they'll be back in mid-November."

"Having the last name Trump has its ups and downs," says a 19-year-old West Virginia nanny named Tiffany Trump. The fact that she also shares a first name with Donald Trump's 23-year-old daughter has caused complications. "On social media, I have a Snapchat account which is the same username as his daughter's Instagram. I get fan messages meant for her, as well as getting called an impostor when I tell them I am not Donald's daughter. Sometimes with harsh responses."

Recently publicized recordings of Donald Trump's misogynistic commentary have turned Tiffany away from the candidate. "About the things that Donald Trump has said regarding women, he has lost my vote for sure," says Tiffany, who plans to attend medical school next year. "I also feel as if he is not stable to run this country, he's way too thin-skinned to be a president, and therefore I do not trust him."

Not everyone is frustrated with the association. Billie Trump, a 62-year-old retired firefighter who's currently the CFO of the town of Beckley, West Virginia, sees it as a way to start a conversation. "The reaction to my last name is usually positive," he says. "People usually ask if I am related and this leads to some good-natured banter about my being a poor relative. I always say we might be related but I have never seen him at any of the family reunions."

Billie Trump also says that most people around town know him and his last name because he was his town's fire chief and spent more than two decades in public service. "Donald Trump says what many people think, but share with only their close friends," he adds.

Jessica Burt, a 31-year-old photographer and nonprofit owner in upstate New York, has the luxury of setting the Trump name aside — it's her maiden name. "I will say, before I was married, my entire life when I would introduce myself to someone, I got asked every single time if I was related to Donald," she says. "So I can only imagine how bad it would be now. I'm just thankful I don't have to deal with it!"

Still, it's one thing to share a surname with the Donald. It's another to share both first and last name. Donald L. Trump, an oncologist living in Virginia, has that discomfiting distinction. His identity rose to prominence when news organizations looked into whether the presidential candidate had donated to charity, and found that only the oncologist had provably done so.

But if there's someone doing real harm here, let's lay the blame on Mike Pence, Donald Trump's running mate. His nomination for second-in-command caused the regular-guy commercial real estate agent to miss a golden chance. "I was really hoping he would take [Florida governor] Rick Scott as his VP so I could get 'Trump/Scott' T-shirts," says Scott Trump. "Come on, how often do you get that opportunity?"

Now That's Interesting
For a 2012 article, National Public Radio asked people who have a name in common with someone famous to share their stories, and received more than 1,000 comments on its Facebook page.

Monster Science Figures Out What That Creepy 'Alien' Facehugger Is 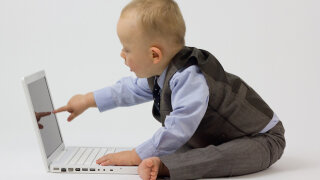 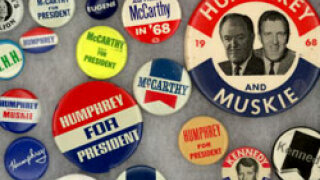