by Dave Roos Sep 18, 2019
The stage was set for the first presidential debate between nominees Hillary Clinton and Donald Trump at Hofstra University, New York in 2016. Can a third party candidate ever be viable against the Democrats and the Republicans? Drew Angerer/Getty Images

In early September, former Starbucks CEO Howard Schultz announced he would not be running as an independent for the 2020 presidential election. "Schultz's decision, after spending months away from public life because of health issues, will come as a relief to Democratic leaders, who feared an independent candidacy by a self-funded billionaire would hobble their eventual nominee," wrote The Washington Post. "Despite growing frustration with the country's politics, his aborted run serves as a cautionary tale about the resiliency of the country's two-party political system."

It sure does. In 2008 (and 2012 and 2016), former New York City mayor and fellow billionaire Michael Bloomberg also flirted with a White House run as a third-party candidate. Bloomberg ultimately concluded that third-party candidacies are a lost cause and put his money behind the Democrats.

But even if American voters are fed up with the two-party system — 68 percent said in 2018 the two major parties don't represent their views and that a third option is needed — could they ever actually agree on a candidate? And more importantly, is the U.S. electoral system engineered so that any presidential candidate without a D or R after their name doesn't stand a chance of being anything other than a spoiler (see Ralph Nader 2000)?

Getting on the Ballot

In 19th-century America, mounting a third-party presidential campaign was as easy as rallying supporters, naming a candidate and passing out ballots. If the major parties — the Whigs and the Democrats at the time — nominated lousy candidates at their summer conventions, third-parties like the Liberty party and Free Soil party had plenty of time to get their guy's name on the ballot by November.

"The ballot access rules now totally preclude that," says Micah Sifry, author of "Spoiling for a Fight: Third-Party Politics in America" and founder of Civic Hall. Independent candidates have to collect crazy numbers of signatures in every state, some with filing deadlines as early as June of the election year. So, it's impossible for a third-party candidate to enter the race after the major party conventions. "There's absolutely no give in the system."

No Debates, No Chance

Even if a well-organized and well-funded independent presidential campaign gathers all the necessary signatures, fights off the inevitable legal challenges from the major parties, and manages to get its candidate's name on ballots in all 50 states, another significant hurdle remains — access to the debates.

Sifry says that the nonprofit Commission on Presidential Debates has set prohibitively high barriers for entry into the nationally televised debates, which are crucial for name recognition among voters. According to the Commission's rules, candidates need to be polling 15 percent or higher nationally to earn a spot at the debates, which is why you almost never see Libertarian or Green Party candidates behind a debate podium.

"How do you get to be over 15 percent if you're not included in the debates?" asks Sifry.

Just look at the example of Texas billionaire Ross Perot, who ran as an independent in the 1992 presidential election. This was before the Commission on Presidential Debates established its 15 percent rule and Perot was polling at a meager 1 percent a week before the first debate with Bill Clinton and George H.W. Bush. Perot's strong performance in all three televised debates led to the greatest third-party performance of the modern era with Perot winning 18.9 percent of the popular vote (but not a single electoral vote).

How a Third Party Can Still Win

While Sifry believes that the current electoral process has been "rigged" by Democratic and Republican lawmakers to "artificially advantage them," he and others still see a possible, if remote path to victory for an independent.

Daniel Franklin, an associate professor of political science at Georgia State University, says that the only way a third party can get traction is by owning a single policy issue that's been completely ignored by the two major parties and has huge salience for voters. He points the Republican Party of the 1850s, a third party that rose to prominence on its anti-slavery stance.

"In the 1856 election, neither the Democrats nor the remnants of the Whig Party would touch the slavery issue with a ten-foot pole," says Franklin, "And in 1860 that gave Abraham Lincoln a political lane to the White House."

The question, then, is what issue would be salient enough with a large block of the American electorate to propel a third-party to the presidency? Even though more than two-thirds of Americans say they want a third-party option on the ballot in 2020, they have very different ideas of where that candidate should sit on the political spectrum. A third want a centrist party; about 11 percent want a party more liberal than the Democrats; and a fifth want one more conservative than the Republicans, according to one study.

Also working against third-party hopefuls is the fact that Democrats and Republicans have gotten very good at neutralizing upstart candidates by co-opting their best ideas. Franklin says that Perot blazed into the popular consciousness in 1992 with his crusade against the deficit, but Clinton and Bush stole his thunder by making the national debt one of their talking points.

"Issues like ending child labor, establishing a minimum wage, the direct election of senators — all of those were originally third-party ideas that one or both of the major parties adopted," says Sifry.

Now That's Interesting
2016 Green Party candidate Stein said she didn't "spoil" the election for Hillary Clinton because she brought new voters to the polls, but Franklin's research found that voter turnout actually goes down in presidential elections where third-party candidates get significant votes. 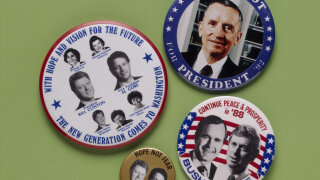 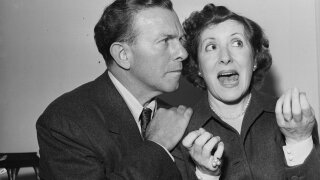 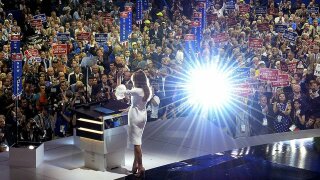