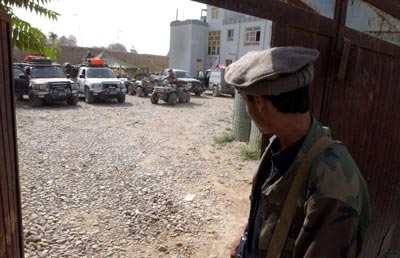 You're on the run, and you need a place to hide. Maybe you're a professional spy setting­ up a dangerous operation in a foreign city, and you're looking for a place to blend in. Or possibly you're an outspoken critic of a repressive government and on the run from your assassins. Or you could just be a criminal who made a daring escape from prison, and a place to sleep for a night is all you need before you keep running from the law. Either way, what you're looking for is a simple, but secure, location where no one will find you or become aware of your activities -- what you need is a safe house.

When a person places himself in an extraordinary situation, staying hidden and blending in with the neighbors may be the safest option. Safe houses have been around ever since humans have built shelters, and even the Bible references the use of one. In the Book of Joshua from the Old Testament, Joshua sends out two spies to gather information on the King of Jericho, and they seek refuge in Rahab the harlot's house to avoid detection.

­Safe houses have also played an important role throughout history. The Underground Railroad, the secret system that transported escaped slaves from Southern plantations to freedom during the 19th century, used a series of safe houses. Safe houses can also be used by any side in a conflict. Members of the French Resistance during World War II hid Jews running from Nazi persecution. Once the war was over, however, Nazis in danger of getting captured and tried for war crimes were on the running end, and they used similar tactics to escape international law.

­Safe houses can serve many purposes. They can be used to participate in criminal activity, to run from authorities, to escape danger or even to run a business, both lawfully and unlawfully. But how do you run a safe house, and how do you make sure those pesky assassins don't find you? Read on to find out.