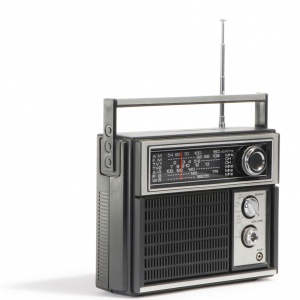 Could an old-school radio really still be a viable spy tool? Yep.
© RedmarkAgency/iStock/Thinkstock

In an age when computers and the Internet rule communications, it could be that old-fashioned radios are the true tools of the New World Order. That's because if you want to collaborate with other governments to oppress the masses, it's best not to leave a digitized trail -- you never know when an Edward Snowden might unravel your conspiracy. So instead, you'd send indecipherable details of your fiendish plots via numbers stations.

Since World War II, so-called numbers stations have been transmitting coded messages via shortwave radio antennas. These transmissions are eerie and weird to casual listeners, nonsensical and puzzling to cryptographers ... and to the right set of ears, may contain information that changes the course of history.

But let's not get ahead of ourselves. At their most basic, numbers stations are simply shortwave radio transmitters, generally operating between 3,000 and 30,000 kilohertz. They're located in many, many countries, but no one knows just how numerous they are. They often transmit strings of numbers or numbers intoned by a computerized-sounding voice. Others send broadcasts via Morse code or they just emit various types of noise.

Some stations have been airing their signals for decades, and hit their peaks during the Cold War. Many have gone quiet since the Berlin Wall fell. Untold others continue filling the airwaves -- yet for what purpose, few know. And those that do know? They aren't talking.

You could try backtracking through a paper trail to see who operates numbers stations. But unlike most transmitters, they aren't licensed to broadcast, so you won't find any record of them in government documents.

They are essentially pirate stations (meaning they operate unlicensed and illegally) but no government agency shuts them down. That's because the government most likely operates them. Of course, no organization or government officially accepts responsibility for numbers stations. They are strictly off the record.

A lot of journalists have tried to untangle the mystery of numbers stations. They've found enough information that we can safely guess the purpose of these transmitters: espionage.

Keep reading and you'll see why old-school numbers stations might be the greatest spy tool ever, even in the age of the Internet and satellite phones.