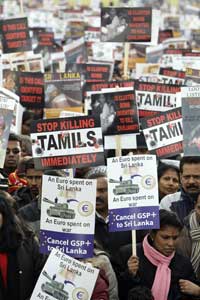 Have you ever boycotted a product, signed an online petition or written a strongly worded letter about poor customer service? If you've engaged in these or a host of other acts of moral indignation, then you've taken part in the act of protest. Even animals get in on the action. When a dog digs in its heels to avoid going outside or a cat meows for the food that it feels entitled to, they're both making the same basic statement as any human protester: "I find this way of doing things objectionable and demand change."

With humans, the causes for protest range from the mundane to the earth-shattering, from calls for freedom to hateful demands for intolerance. Yet whether you're protesting war and human rights violations or Fox's decision to cancel "Firefly," it all comes down to the sense that something morally objectionable has occurred (or continues to occur) and must be corrected. Likewise, the means of protesting range from such silliness as referring to french fries only as "freedom fries" to violent acts of terrorism.

­In­ some form or another, protest has existed since humans advanced enough to institute laws, customs, policies and cultural norms. Just as water tends to flow through established furrows and ditches, so too do people tend to live their lives along the conduits of conformity. Sometimes they follow without thinking; other times they do so because to go against the grain is simply unimaginable. To live outside of a community's traditions, be they political, religious or social, often means to live outside the community itself. To live outside the law is to incur the wrath of the lawmaker.

But even mighty rivers can change their course, abandoning century-worn paths across the Earth. Within communities, drastic change can occur as well, but it often requires active effort -- the equivalent of building dams and canals instead of blindly hoping for the environment to adapt to human needs.

Throughout history, issues such as gender, race and sexual preference have excluded individuals from the various aspects of communities. Secular and religious authorities have ravaged populations and the world itself with their atrocities. Such outrages persist, and the outraged continue to rise up in various forms of protest.