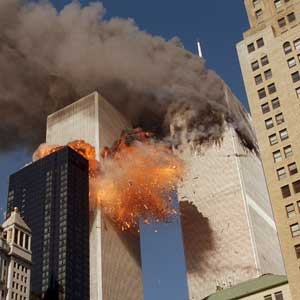 On Sept. 11, 2001, terrorists flew two airliners into the World Trade Center towers in New York City. The incident has become one of the most infamous and, by some estimates, deadly terrorist attacks in history.
AP Photo/Chao Soi Cheong

­Miami Hurricane tight end Kellen Winslow found himself in a great deal of hot water in 2003. His team had just been dealt a key defeat and, in a spirited locker room rant, he compared himself to a solider. "It's war," he said. "They're out there to kill you, so I'm out there to kill them." The United States was just eight months into its occupation of Iraq at the time, so the ensuing media coverage, fan outrage and formal apology were perhaps to be expected.

The "sports is war" comparison is generally a bad move if you're an athlete, but authors have a much easier time of it. George Orwell called sports "war minus the shooting" and, in his novel "Blood Meridian," Cormac McCarthy argued that all games aspire to the conditions of war -- and that war itself is nothing short of humanity's destiny. It's easy to draw the parallels: Two armies march onto the field, two teams take to the turf. They engage, compete and labor to win a victory over their opponent -- but where does terrorism figure in to the picture?

Any attempt to compare terrorism to sports is doomed from the start. Although games and sports may en­capsulate much of the spirit of armed conflict, they tend to reflect only the more admirable visions of what it is to wage war on another people or nation. Terrorism, on the other hand, involves the weaponization of fear itself. Through the targeting of civilian noncombatants, terrorists hope to use fear to achieve their objective. The prospect of a football player creating a climate of terror among innocent fans in order to establish dominance over an opposing team is simply laughable.

Yet, if war is indeed such an inseparable aspect of humanity, if we fill our lives with games just to mimic its power, then what is our true relationship with terrorism? 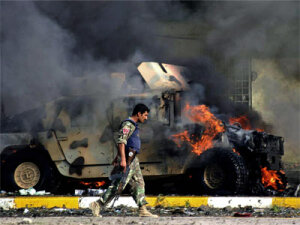 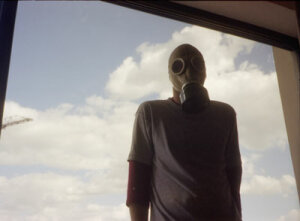 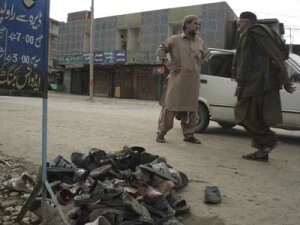