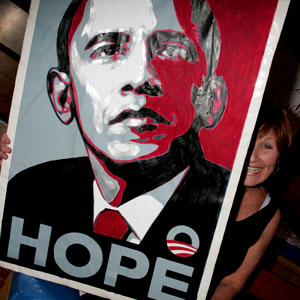 Ask voters whether they particularly enjoy negative political advertising, and the likely answer will be a resounding "no." As campaigns have turned more negative, the distaste appears to have grown as well. A 2000 Gallup poll found that 60 percent of American adults didn't approve of how politicians pitch themselves for office, often blaming the negativity inherent in those pitches for the thumbs down [source: Geer]. Four years later, a survey conducted by the Pew Research Center got more specific and inquired whether attack ads irked participants, and 81 percent raised their hands in agreement; 61 percent of that group further reported that it annoyed them "very much" [source: Geer].

But whether folks like it or not, political attack ads work. Those ominous-sounding narrators of drama-laced attack ads repeatedly have been shown to jolt the electorate to action more effectively than positive ads touting a candidate's resume highlights. Evolutionary biologists consider that outcome a no-brainer, since early man's threat response became sharpened to keep him out of physical harm [source: Westen]. As a result, the brain pays more attention to dire warnings about allegedly no-good politicians running for office.

Likewise, a 2005 study published in the American Journal of Political Science revealed that viewers were more likely to research candidates, as well as specific social and political issues, in response to provocative attack ads as opposed to more cheerful ones [source: Dingfelder]. Analysis conducted at Wesleyan University has also suggested that younger, politically partisan men are most deeply affected by attack ads; ironically, people who don't have a problem with negative advertising are the least likely to be influenced by the dire marketing tactic [source: Drutman].

Political attack ads understandably have an unfavorable reputation, but there are certain upsides to the mudslinging, some experts point out. John Geer, author of "In Defense of Negativity," is a vocal proponent of going on the attack, maintaining that negative political commercials are often more substantive than positive ones, drawing viewers' attention to specific platforms and holding politicians accountable for their words and actions [source: Mark]. Others argue that attack ads leave such a sour taste in voters' mouths that they steer clear of the polls altogether; that possibility, however, hasn't swayed the opposition researchers and campaign strategists away from battering rival candidates on the small screen. Still, in order for them to win the fight, attack ads must retain credibility.

Riling up voters to favor a candidate can yield success, as long as commercials steer clear of outright fabrication. Just as political advertising experts acknowledge the power of going negative, that influence is crippled if the terrifying "facts" turn out to be half-truths and lies [source: Begala]. For that reason, it's important for voters to act much like savvy consumers, filtering the marketing messages tossed their way during campaign season in the same way they might with product commercials. Clearly, attack ads aren't resigning from office anytime soon, especially with the arrival of deep-pocketed super PACs. But just as, on the bright side, political attack ads can hold candidates accountable, the public also is empowered via blogging, social media and good old-fashioned word of mouth, to hold those scathing messages accountable right back. In other words, attack ads are only as effective as the public decides to make them.