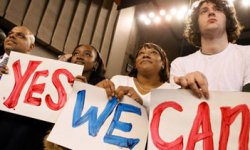 Supporters of presidential candidate Barack Obama listen to a 2007 campaign speech in Baltimore, Md. The slogan "Yes, We Can" would become an effective rallying cry in the upcoming election.
Mark Wilson/Getty Images

The 2012 election season is one for the record books. According to estimates published in AdAge, political campaigns and their supporters are expected to spend $9.8 billion on advertising, and over half of that on television ads. That total is up from $7 billion in 2008, largely because of a Supreme Court decision that allows unlimited political contributions from corporate donors [source: Delo]. More than ever, a small number of wealthy Americans are flexing their messaging muscle through attack ads created by so-called SuperPACs, or independent political action committees.

The modern campaign ad looks and feels like a horror movie trailer. Clouds gather and thunder rolls as the gravely voiced announcer cites sobering and often shocking statistics about the opposition. Then the clouds retreat and the sun shines on our hero, who will rescue America from the recession, foreign entanglements and, of course, "politics as usual."

Political ads weren't always this slick and sophisticated, but they've always been effective at driving messages home to the voting public. We're going to look at the top five most effective campaign TV ads from the past 60 years, starting with what many consider the very first presidential campaign to embrace the medium.

Believe it or not, there was a time when political strategists denounced the use of television to "sell" a candidate like "soap... or bubble gum." Those were the exact words used by George Ball, campaign manager for Democratic presidential hopeful Adlai Stevenson, when he saw the new brand of campaign ads being aired for Dwight D. Eisenhower [source: Schwartz]. Before 1952, presidential candidates only bought airtime on television to read prepared speeches. Then came "Eisenhower Answers America."

The ad campaign was the brainchild of Rosser Reeves, the Madison Avenue ad executive responsible for the iconic M&Ms slogan "Melts in your mouth, not in your hand." In a confidential Eisenhower campaign memo, Reeves introduced the concept of the political "spot," a 20-second commercial that would air in between two very popular TV shows [source: Wisconsin Public Television]. In those days, advertisers paid big money to sponsor shows like "The Jack Benny Program," but the commercial time in between shows was cheap.

The theme for the spots, Reeves decided, would be ordinary Americans asking Eisenhower questions about the economy, government corruption and the Korean War, the three topics of most concern to the nation. Eisenhower filmed his scripted answers in advance, then Rosser and his team recruited tourists outside Radio City Music hall to pose the questions on camera [source: Schwartz].

The resulting commercials look amateurish by today's standards: Eisenhower has a hard time transitioning between the cue cards and the camera. Still, the 40 spots helped solidify the former general and war hero's reputation as a tough, but fair politician who could clean up Washington and resolve the Korean conflict. Eisenhower won in a landslide, taking 39 states with more than 55 percent of the popular vote. 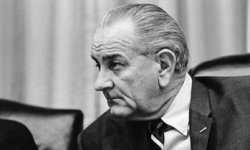 Hal Riney could sell running shoes to a turtle. You might not know the name, but this iconic ad executive from the 1980s perfected a folksy, nostalgic, tug-at-the-heartstrings tone that he used to sell everything from Saturn cars to Bartles & Jaymes wine coolers [source: Elliott]. Riney often narrated his commercials himself, punctuating the documentary-style imagery with his gravely, straight-shooting voice.

Ronald Reagan was highly favored to win re-election in 1984, but Riney and his collaborators' "Morning in America" ad practically sealed the deal in primary season. The official title of the ad is "Prouder, Stronger, Better," but it's better known by its opening line, spoken in Riney's comforting baritone: "It's morning again in America" [source: TIME]. The ad shows idyllic scenes of smiling suburban families going to work, getting married and raising American flags while Riney recites upbeat statistics about employment and marriage rates [source: Schwartz]. The message is clear: America is in a great place right now. "Why would we ever want to return to where we were, less than four short years ago?" Riney asks.

Reagan eviscerated his Democratic opponent Walter Mondale, taking 49 states with 58.8 percent of the popular vote. Echoes of Riney's "Morning in America" campaign are heard in Chrysler's "Halftime in America" ads that debuted during the 2012 Super Bowl. Since Riney died in 2008, Chrysler went with another charcoal-voiced icon, Clint Eastwood. 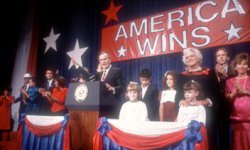 For lots more information on political communications, presidential campaigns and political controversies, explore the links on the next page. 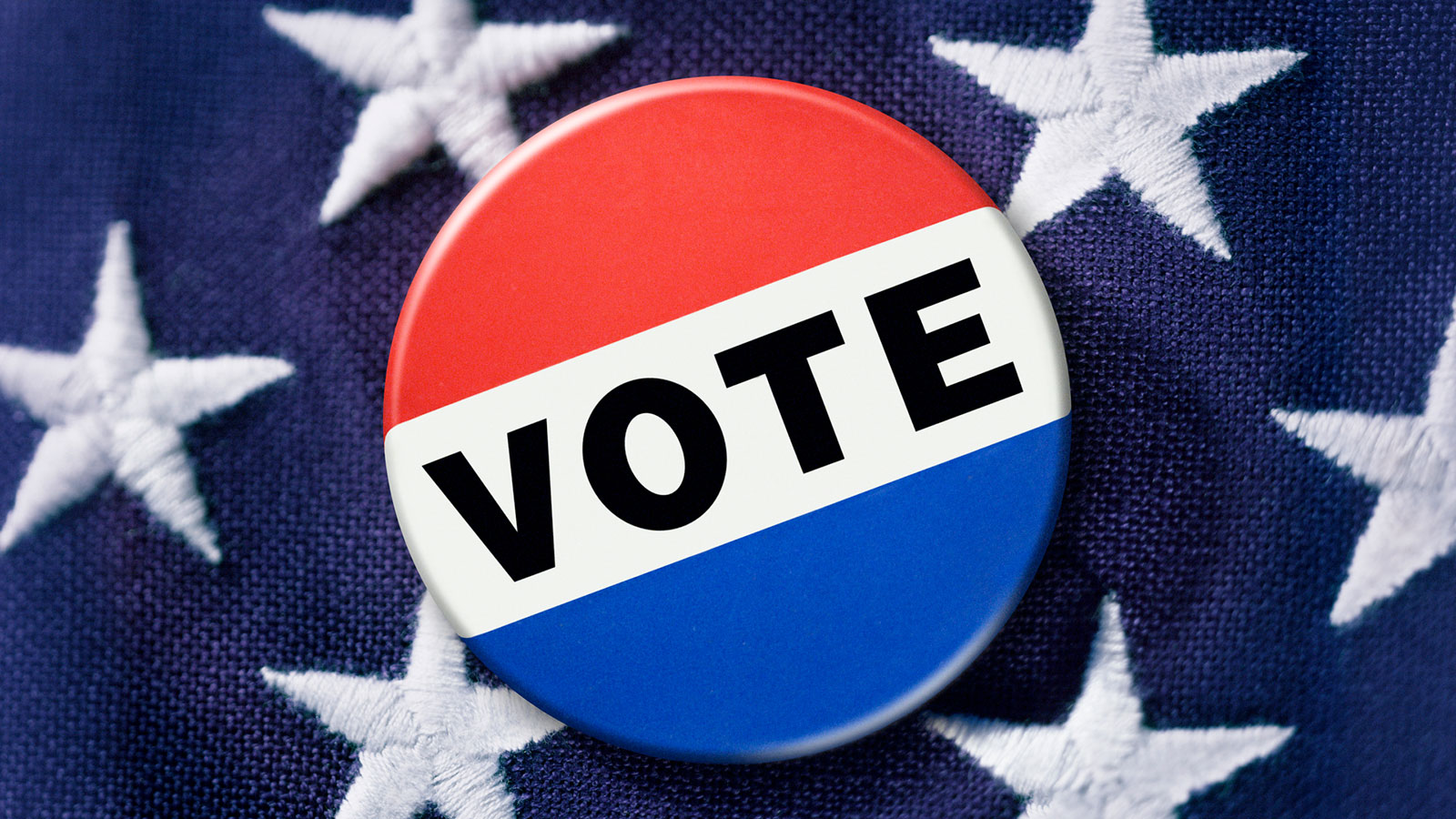 Do People Who Protest in Public Have an Expectation of Online Privacy?
Test Your Knowledge of Presidential Campaign Slogans
Bridging the Chasm: Emory Class Delves Into America's Right-wing History